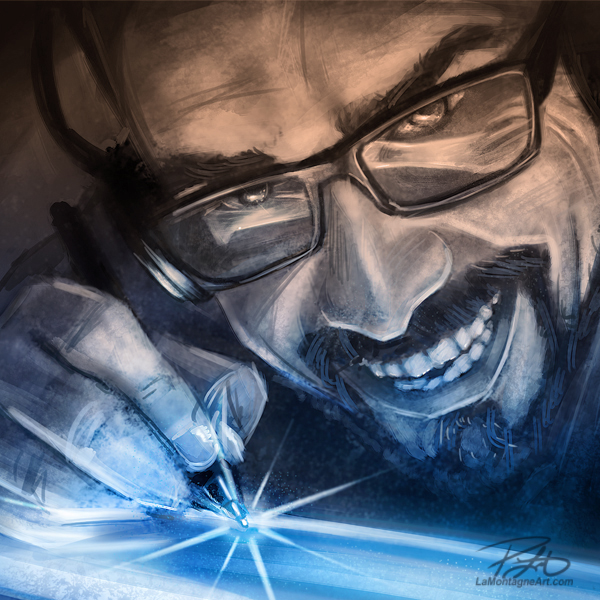 I’m writing this on a Saturday morning when I had intended to start a new painting.

I’ve chosen the reference. But instead of opening a new file and putting brush strokes on a blank page, I’ve been surfing around the internet, pretending that I’m working.

At first, I checked the daily Postmedia papers to see if I was published today in any of those half dozen dailies. The Edmonton Journal printed my cartoon about a recall of the whole year of 2020.

I read a couple of articles before a little voice in my head asked, “Shouldn’t you be painting?”

Somewhere along the line, at the bottom of something I was reading, there were suggestions for other articles. A couple of well-written headlines caught my attention, clearly based on an algorithm’s evaluation of what I’d be most likely to click.

Somewhat effective, because I right-clicked on half a dozen, opened them in new tabs and began reading.

I read part of four articles. One was about celebrities pandering to issues like Black Lives Matter and social injustice. After a few paragraphs, I was no longer interested. I already know celebrities do that to boost their own profiles.

Another article asked why civilizations collapse and addressed the misconceptions surrounding that. I’ve long been interested in South American cultures, specifically the Mayan and Incan civilizations, so I went down that road for a while. It wasn’t very interesting, so I closed it halfway through.

I forget what the others were about, but the last one was called A Splash of Red, by author Gabriel Cohen. It’s about how he found a cheap apartment in New York, only to discover it had been the scene of a grisly murder. I quite enjoyed the article, and you can read it here.

At the bottom of the piece, however, it reads,

“Gabriel Cohen is the author of six books; has written for the New York Times and many other publications; teaches writing at Pratt Institute; and is about to teach a course in writing crime fiction at the Center for Fiction’s Crime Fiction Academy in NYC”

Son of a bitch.

My green-eyed monster leaned over my shoulder to see what woke him up and murmured, “That guy’s a real writer.”

I’ve long wanted to write more. It’s an ache, a daily itch in my psyche, complete with a ticking-clock sound effect that grows louder all the time.

The silly part is that I’m actually a prolific writer. I’ve kept an active blog since 2008. Before I was a cartoonist and long before I painted funny looking animals, I wrote two novels. But I chickened out on sending them, and twenty years later, I’m convinced they’re crap.

I’ve started another novel; I’ve got extensive notes, good ideas, plenty of inspiration and life experience to put it all onto the page. But my energy is spent finding any excuse not to write. I thought 2020 was the year I’d finally put up or shut up.

I Googled “fear of writing” and came up with a couple of encouraging articles, telling me things I already know. I’ve done this search before, many times. This is a well-travelled road.

A sponsored writing course pops up, and I click on it. It tells me all of the right things, has all the right testimonials, and I think, “That’s what I need.”

I already know that it is NOT what I need. You become a better writer by writing. I tell this to students about art all the time. You want to draw or paint; you have to put your ass in the chair and do it.

I’ve got a dozen books on writing on the Kindle app on my iPad, one on how to write good characters, another on language for rural settings, another for writing good dialogue, all of them as of yet, unread.

An hour and a half after I sat down this morning, before diving headfirst down this rabbit hole, I have not painted one brush stroke. Instead, I have beaten myself up about my lack of a disciplined writing routine, am now frustrated that I’ve wasted a good chunk of my morning with unproductive time on the internet, wishing that I’d got up this morning and started a new painting as planned.

Procrastinating to avoid starting a new painting, I ended up writing about not painting.  Even though I create art for a living, I still begin each piece convinced that it will suck, even though the evidence of past work doesn’t support that insecurity.

At least not the writing I want to be doing.