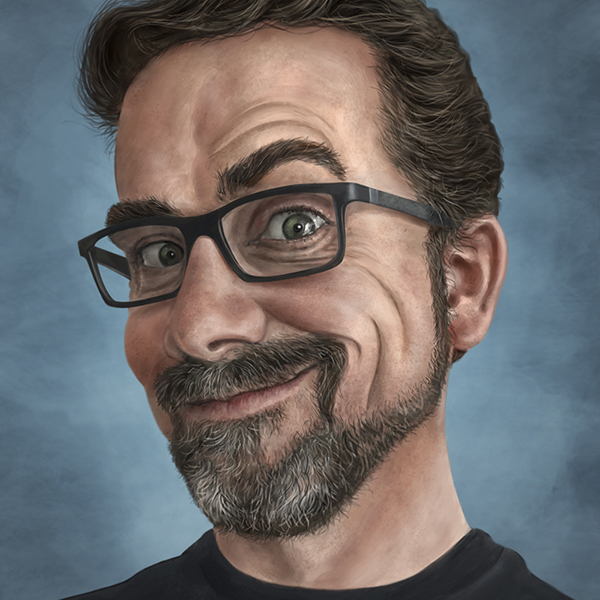 My wife Shonna is an excellent cook. She finds recipes online, experiments with them, and usually produces something delicious, although she always feels she could do better the next time.

We’ve had a running joke in our home for as long as I can remember. When Shonna gets ready to go shopping for ingredients, or starts gathering things in the kitchen, I’ll sometimes ask, “what are we having?”

Her answer is occasionally, “(Some recipe) or pizza.”

Which means, “I’m trying something new, and if I screw it up, you are going to get pizza.”

I think I’ve had to get last minute pizza maybe three times in the 26 years we’ve lived together.

Shonna has a job she likes at a law firm, and works at Safeway part-time, because while she’s minimalist when it comes to stuff, she still has expensive tastes. Not for clothing, jewelry, or a luxury vehicle, but with most things, she consistently buys the best quality she can afford.

We budgeted more for our recent renovations, so she could get the kitchen she wanted, rather than settle for something less. She hated our old kitchen.

I can keep myself alive, and have simple skills in the kitchen, but I am not a good cook, primarily because I don’t enjoy it. I’ve had to convince Shonna that cooking is creative, that if she and I both followed the same recipe, it would be the difference between fine dining and a TV dinner. She doesn’t realize how much tinkering to taste she does, based on interest and experience.

Shonna has never had interest in cooking professionally, she just enjoys the challenge, the process, and of course, the result.

Recently, she bought a Staub Cocotte, which to me is just a heavy and expensive pot. She told me she’s had this recipe for no-knead bread for about ten years, and finally wanted to try it. I had no idea why she needed this French cooking pot, considering she has so many other cooking pots. But she lit up when telling me about it, kind of like me with a new Wacom display.

The bread was delicious.

All I needed to know was, how do I clean it, without damaging it?

When Shonna’s spent hours in the kitchen making a delicious meal, which will usually involve plenty of leftovers, it’s a foregone conclusion that the cleanup is on me.

Sure, she cleans as she goes, puts some stuff in the dishwasher, isn’t throwing food at the walls but I’m the cleanup guy, without complaint.

Since I work at home, I do most of the housework. As for most of us, it’s a boring chore, but a necessary evil. The only thing I like about it is the result.

We each do our own laundry, but I wash the bedsheets. Shonna will sometimes pick a deep-clean project, but the day-to-day tidying and cleaning is on me.

Even though I have a full plate of work right now, I found myself fuming earlier this week for no apparent reason. I got a cartoon done and sent, but I couldn’t shake the dark cloud over my head. I had already planned on sweeping and tidying, but once I got moving, I kept going.

We live in a townhouse condo. Not a big place, but three levels with two flights of stairs, and luxury vinyl plank flooring throughout. That was the second round of renovations a few years ago. It’s a great floor, but it’s dark, so it gathers and shows dust. Sweeping always takes longer than anticipated and the stairs need to be done twice. But it’s always a good feeling when it’s done.

In my grumpy mood, I needed to burn off some steam. So after sweeping, I decided to wash the floors. Not with a mop or wet Swiffer, but hands and knees washing, multiple water changes, moving furniture, shaking out area rugs. It took about 2.5 hours.

After her own difficult day, Shonna appreciated coming home to a clean house, I was able to spare her my foul mood, and I enjoyed the sense of accomplishment.

I had another opportunity to reinforce this lesson later in the week.

At the end of my work day on Thursday, something somebody said to me prompted me to write a post about how following the news and social media all day is bad for mental health. In our current global situation, increased time spent at home has more people glued to their devices and cable news.

We’ve become more afraid, anxious, and angry which keeps us going back to those poisoned wells looking for certainty, where there is none to be found. The simple answer is to turn it off, and if you can’t, then that’s likely an addiction issue.

That’s the whole post in two short paragraphs. But what I first wrote was 2000 words of ranting. It was cynical, bitter, preachy, and self-righteous.

Isn’t that what the world needs more of right now?

Rather than power through on the editing, I left it for the next day and went downstairs to make my dinner. While heating up the leftovers, I realized that I was in a pretty decent mood, and felt a little lighter.

Because the products I sell are the results of my time spent creating, anytime I draw, paint, or write something, I get stuck in the mindset that it must be quantifiable. When I make time for fun work, like painting portraits of people, it feels like skipping school or taking a sick day to go golfing.

To write 2000 words, likely 1500 after editing, and not post it, felt like wasted time, which is why it was difficult to admit there was nothing to gain from sharing it.

The Artist’s Way is a book by Julia Cameron. I read it in the late 90s, but it’s still popular today, for good reason. It’s about boosting your creativity. One of the practices in that book is called The Morning Pages; writing three long-hand pages first thing each morning, stream of consciousness stuff, no editing.

It’s not quite journaling but it accomplishes the same thing. It’s about getting all of the stuff that’s in your head out onto the page, like weeding a garden, so all that’s left is the pretty flowers or delicious veggies.

I wrote those morning pages for about a year and still have those notebooks. In the beginning, it was rambling incoherent drivel, but the later stuff had some interesting thoughts and ideas that I enjoyed reading twenty years later. That’s also the point of the morning pages. When your subconscious mind understands that this is going to be a daily thing, it seems to realize that perhaps it should come up with something worth writing about.

I eventually gave up the practice because first thing in the morning is when I do my best painting and editorial cartoon work. I’ve only got a window of about four hours from 6 – 10 when I’m at peak performance. After that, I slow down a little, run errands, do admin work, and then I’ll sketch more cartoons in the afternoon and do some writing.

Just like the housework, I didn’t enjoy that angry rant while I was writing it, but I felt better when it was done. I got all of that negative garbage out my head, making room for more positive creative ideas, stuff that might actually benefit somebody else when they read it, rather than give them shit for being human.

I no longer consider that hour of writing to be wasted time, because experience isn’t just about learning what to do, it’s also about learning what not to do. By taking out all my frustration on the keyboard, much like a punching bag, I exhausted that angry little demon in my head, giving him time for his tantrum so he could finally go down for a nap and allow me some peace.

And I learned that just because I write it, doesn’t mean I need to share it, adding even more negative energy to an already wounded world.

I’d still like people to consider turning the dial down on their news consumption. There’s an excellent 2013 article from The Guardian by Rolf Dobelli, entitled “News is bad for you – and giving up reading it will make you happier.”

It’s important to pay attention to our community news and keep informed about the world around us, but Dobelli’s article makes some excellent points for pulling the plug on most of it, and does it much better than I would have with my venting tirade.

When the world is beating us up with challenges and bad news as it has all year long, it falls to each of us to consider our role in it. Before sharing news links, divisive opinions, and angry memes, take some time to pause and reflect. Be honest and ask yourself how it will help somebody cope in this difficult time. Will it make them feel better or worse?

Sometimes not sharing something will be the kindest thing you can do.