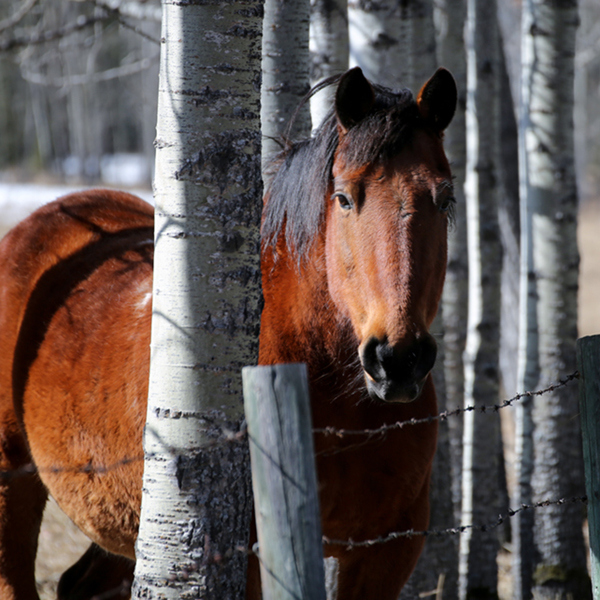 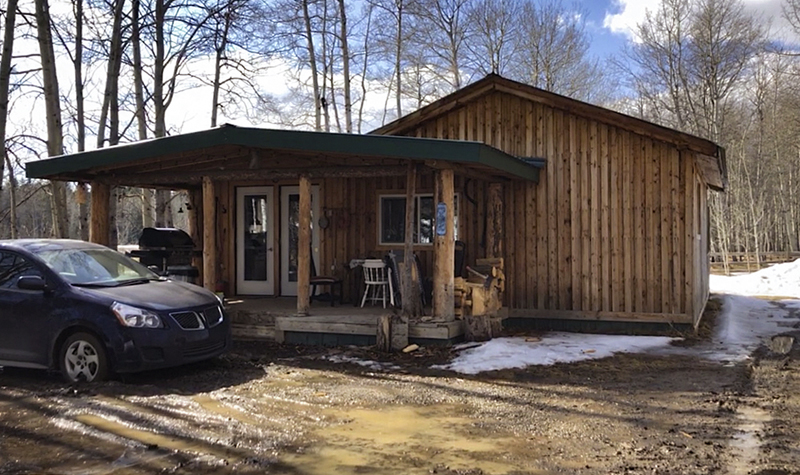 This past weekend, I returned once again to the little cabin near Caroline that my friends and I rent from time to time, this trip booked in early December.

With one eye on the forecast, my plan was to head up Thursday morning, with Jim and Al coming up later that day when they finished work.

The owner’s son, Wilson, called me Wednesday evening to ask me what I was driving. He said there was a large section of the road covered in water and he was concerned that it might be too deep for a car. I drive a Pontiac Vibe, a modern version of a station wagon.

I thanked him for the call, and then spent the rest of the evening dealing with all of the what-ifs flooding my overactive imagination. At the darkest end of the unlikely scenarios created by my obsessive psyche, I’d try to go through the water, underestimate its depth, water would splash up into the air intake, damage the engine, and I’d have to buy a new car.

An unrealistic and foolish prediction, I know, but when my mind goes exploring these dark places, it’s like trying to talk logic to a kid throwing a tantrum in a supermarket. The pin is out, the grenade thrown.

Never mind that I had already been presented with simple solutions. Wilson has said if I got there and it wasn’t passable, I could just come back to their house, load my stuff into their truck and get to the cabin that way. The other option, wait for Jim and Al to arrive, and ferry my stuff in their truck.

The silly thing about this whole scenario is that whenever life presents me with unexpected situations, I don’t curl up in the fetal position. I’ve never shrunk from a challenge, unable to cope. 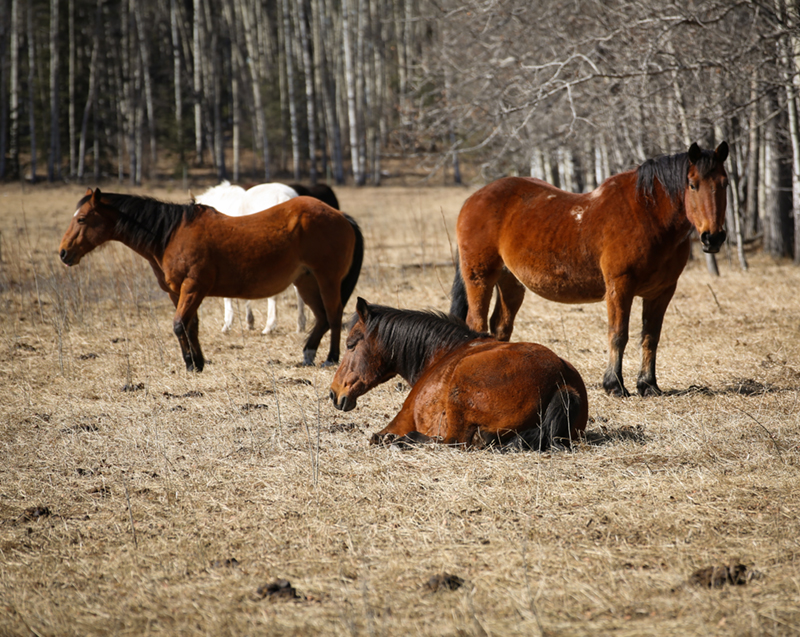 I once stopped on the side of a highway in a winter storm in northern Alberta, the first responder to a scene where a guy had hit the guardrail and was lying on the ground outside of his car. Lucky for him, I was a new EMT at the time, and handled the situation without hesitation. As a student on my EMT practicum in Calgary in the early nineties, I once pushed my way through a room full of firefighters to help a dying AIDS patient, because everyone else seemed afraid to touch him.

During the 2013 flood, when we had to evacuate our home, Shonna and I dealt with it. No tears, no freaking out, we just worked the situation.

My track record of handling unexpected situations and difficult problems is pretty solid, especially if I don’t have a lot of time to think about it.

A few years ago, while with these same friends, we were driving up a familiar dirt road to a lake we frequent in BC. It can be challenging at times, but most often, slow and careful gets the job done. Almost to the lake, we stopped to admire the view and I heard a hissing sound. Sure enough, a flat tire.

I’d barely begun unloading my gear before Al and Jim were jacking up the car, and putting my spare donut on it.

To make sure we got our preferred spot, they took half of my stuff with them up to the lake and I had to drive back down the road to the highway and then to Canadian Tire in Invermere to get it changed, about three or four hours round trip.

Now, had you told me a day or two before that I was going to get a flat tire on the road up to the lake, my mind would have turned it into a disaster, throwing up dozens of unanswerable what-if questions. What part of the road? Is the rim damaged? Will I be able to get out of there? Is the rest of the car damaged? Was the spare good enough? Can you even drive on that road on a donut? Was it really worth the risk or should I just cancel?

Even knowing the unlikelihood, my mind goes straight to the worst case scenario in a futile attempt to control it.

The irony is that I don’t remember any other specifics from that weekend other than the fact that the weather was great and we had a good time. What I remember most is the flat tire, and it’s not a bad memory, it’s just another story to tell.

The whole thing was an inconvenience. I wasn’t even that put out by it. Had a nice lunch at a café while waiting for the car to be done and I got out of gathering and splitting wood, which is the first chore to be done on arriving at the lake.

All because I didn’t know about it in advance, so I couldn’t worry about it. Every year, I worry about that road and on dozens of trips, that’s the worst thing that has ever happened to me. 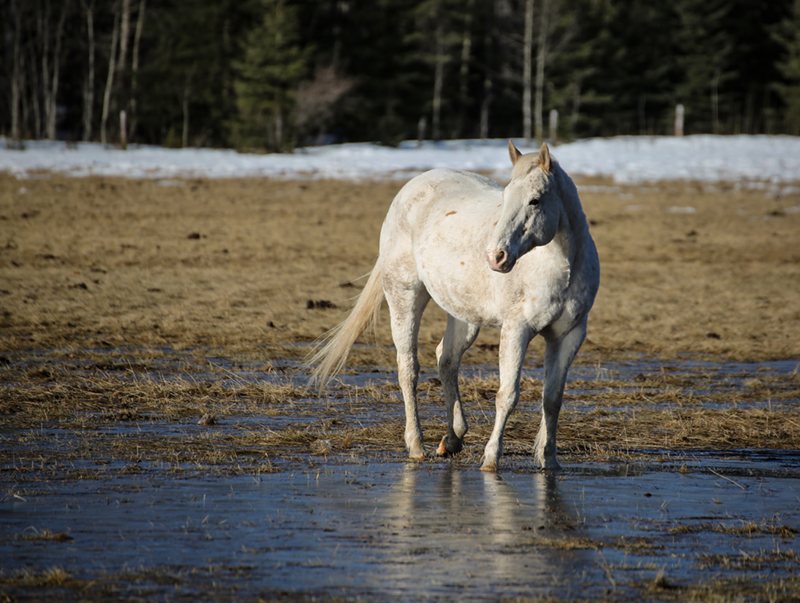 Fast forward to this past weekend.

I woke up in a better frame of mind, determined to simply deal with whatever I was presented. I have winter boots and hiking boots, but never had the need for rubber boots. Given the warning call about the water, however, I stopped in Cochrane and picked up a pair.

Upon arriving at the house, Wilson met me and said it might not be as bad as he initially thought. I told him I’d head down and if it wasn’t passable, I’d come back.

On the road down to the cabin, I came to the water hazard across the road, put on my rubber boots and walked through. It was about three car lengths long, maybe six inches at the deepest. Sure, you wouldn’t want to race a car through that, but it certainly wasn’t impassable.

All of that worrying for nothing. Story of my life.

And still, in retrospect, I’m glad he called. With so much spring melt and what became three beautiful sunny days, anytime we were out of the cabin and off the deck, we had to wear rubber boots because there was water and mud everywhere. I would have destroyed my hiking boots or shoes. I even went for a hike down to the Clearwater River, which meant crossing a creek three times, something I could only do in the rubber boots. 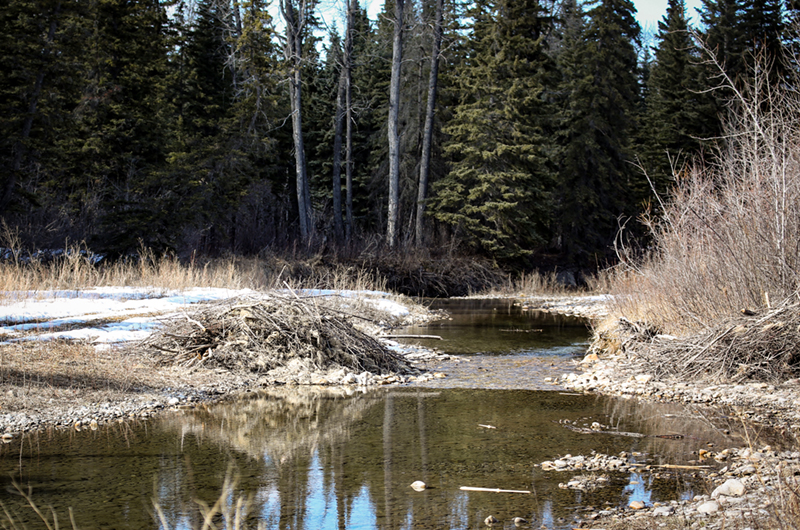 It was a great weekend. Sunshine, lots of laughs, no politics, spent time with the horses, and got to hang with Jingles a little. Sure would have hated to have missed it over what amounted to little more than a big puddle.

This is the part where I’m supposed to say that the lesson learned is not to worry about every little thing, to let it go, to just take life as it comes, but the truth is that I’ve been presented with that lesson countless times and I still haven’t learned it. I know you can’t control everything and that it will always be the thing you DIDN’T think of that bites you in the ass. 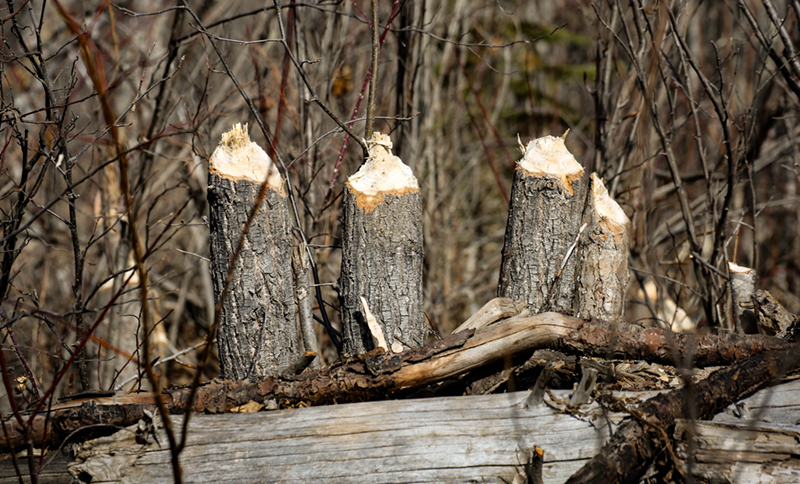 It’s just the way I’m wired, and as annoying as it might be to my friends and family, it’s nothing compared to how much it bothers me, because the noise of it never stops. But I’m always working on it. I still manage to face my worries, rather than hide from them. Feel the fear, and do it anyway.

I also know this…if everything always went according to plan, if nothing ever went wrong, if it was always sunshine and rainbows, it would be pretty damn boring.

And I’d have nothing to write about. 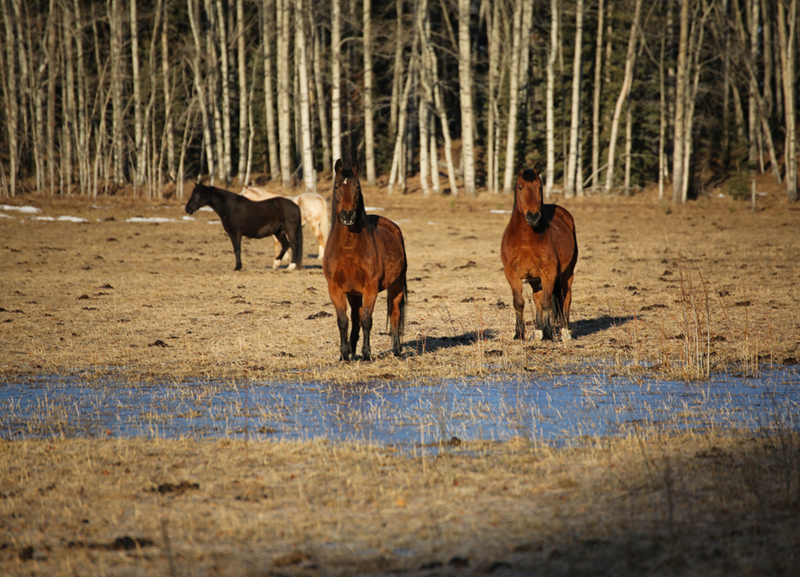