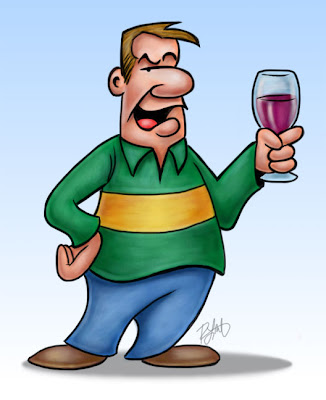 Having done some finger painting on the iPad, I thought I’d be happy just continuing to do that. I was getting pretty decent results, having a fair bit of fun, and didn’t feel I was really lacking in any tools that would allow me to create the images I wanted.

I had heard the Pogo Stylus was a compromise at best, and many were using it simply because they couldn’t find anything better. I bought the Dagi Stylus after reading a good review, but it ended up scratching my screen in three places on the first day so I stopped using that right away. The scratches, by the way, are not obvious. I’d have to point them out to anyone wanting to see them. No real harm done, but enough that I wouldn’t use that pen again. I’d almost given up on finding a stylus, until I started hearing really good reviews about the Targus stylus (also sold as the Griffin stylus). 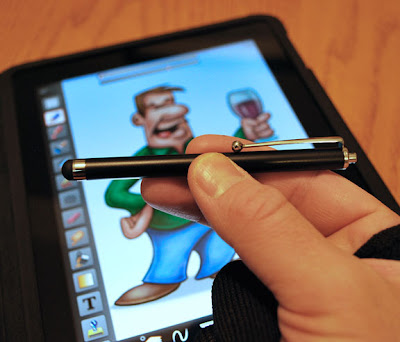 Since it was less than $20, I figured I’d give it a shot. Ordered one from Best Buy, with low expectations. I’m happy to report that I LOVE this pen. It works so well on the iPad screen. The rubber tip looks like it might have the consistency of a pencil eraser, but it actually has a fair bit of give, slides nicely over the screen and doesn’t require a great deal of pressure to activate the drawing apps.

You’ll notice that I’m wearing a glove on my drawing hand. While you can buy pre-fab gloves for this sort of screen work that look nice and pretty, I just bought a pair of glove liners from a local sports store. I cut the thumb, index, and middle fingers from the gloves, so that I can still use my fingers to activate the app features, such as tool presets, zooming, panning, etc. But by keeping the last two fingers on the glove, I can rest my hand on the screen while drawing, without the heel of my hand activating anything on the app. Works very well and as an added bonus, it cleans the screen as you draw. 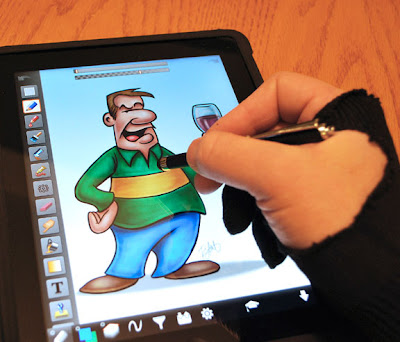 It should be noted that I do NOT have a screen protector. I tried a couple when I first got my iPad and hated them. The installation was incredibly frustrating, and once I did get one applied well, I didn’t like how it made my images look or the feel of the screen so I removed it many months ago. It is my understanding that a screen protector will seriously decrease the effectiveness of some of these stylus pens, so be warned that if you have one on your iPad, your experience may not be as good as mine. 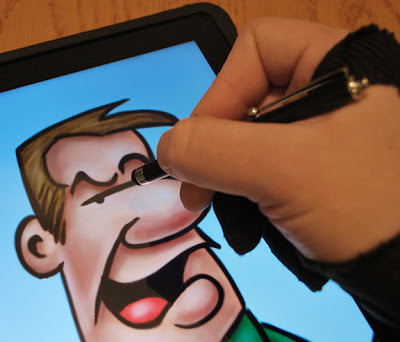 I do have the Apple case on my iPad at all times, and those three little scratches on the screen made by the Dagi stylus are the only ones I’ve ever had. Since I use the iPad every day, and have been using the Targus stylus quite a bit as well, I’m not worried about getting any more scratches at all, so I won’t replace the screen protector. 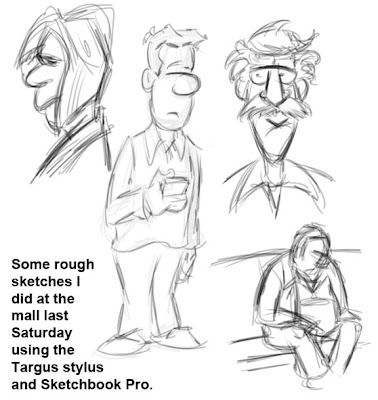 The app I used for this cartoon is ArtStudio. I also use Sketchbook Pro and like them both. While I will still do some finger painting for large brush painting, and less precise work, I am definitely going to continue to keep using the Targus as it’s a great addition to my iPad workflow.