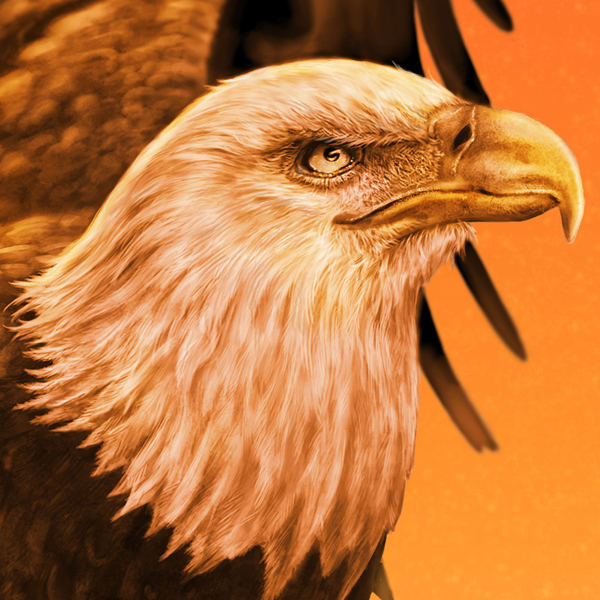 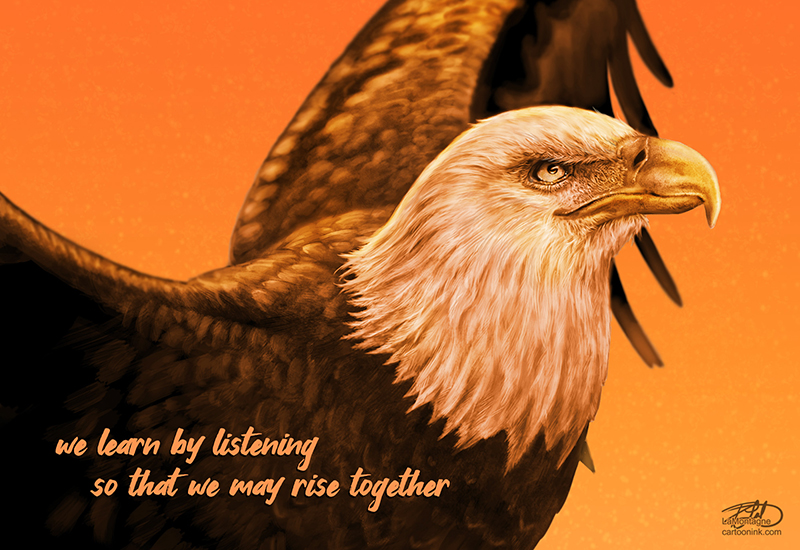 Early in this editorial cartoon profession, somebody once told me that editorial cartoons are supposed to make you laugh, think, and hopefully do both. I think it was Terry Mosher (Aislin).

I have repeated that line often. In interviews, blog posts, talks to school kids or simply as an explanation when somebody challenges me on the content of a cartoon.

As we’re all now attuned to our individual offensensitivity meters, convinced that if something makes us uncomfortable, it must be inappropriate; I’ll often get emails chastising me for drawing a cartoon, telling me, “that’s not funny.”

Cartoons aren’t always meant to be.

Several times a year, I’m required to draw cartoons for tragedies, recurring events, serious moments and on topics where any levity would indeed be inappropriate by any metric.

Nobody drew funny cartoons the day after 9/11. You’ll be hard-pressed to find a knee-slapper in any newspaper in Canada on Remembrance Day. And there’s nothing funny about what went on for decades in Canada’s Residential School System.

When the federal government announced that September 30th would mark the first annual National Day for Truth and Reconciliation, I knew I’d have to draw something.

An editorial cartoon isn’t unbiased. I don’t consider myself a journalist. While I do try to consider all sides of an issue, my cartoons are my illustrated opinions. So when you see them on the editorial page, it means the editor shared my opinion or at least thought that many of their readers might.

I can’t just spout off and draw something about whatever might cross my mind. I must consider whether it’s fair comment, reasonably concluded, and if it might get myself or my client in trouble. The standards for your local newspaper are a lot higher than Facebook or Twitter.

When it comes to residential schools, the last thing an indigenous person needs is yet another colonial descendant analyzing their history, whitesplaining it and offering up his conclusions. So, I won’t.

But I still had to draw a cartoon because it’s my job.

I’ll admit that my more serious cartoons have a distinct look to them. Often a more painted illustration, rather than a crisp ink line cartoon, accompanied by some text. Sometimes I’ll use a quote, especially if the cartoon is about a notable person who has just died, some of their own words or song lyrics.

But I prefer to use my own words, a couple of lines to complement the artwork so that the entire piece is my own creation. And these always take a lot longer to draw.

I’ve drawn cartoons about this topic before and wanted to avoid the same imagery. I avoided using the recently revealed Survivor’s Flag, as it felt like I would be appropriating the artwork painstakingly created by those who directly experienced this dark history.

We all have our own ways of connecting to what I call ‘the other.’ For some, it’s through organized religion, or it might be an individual faith and relationship with their god, whatever that means to each person. For others, it might be the connection they feel when they volunteer, do charitable works, or anything that makes them feel that there’s more to the world around them than what they see, hear, smell, touch, and taste.

While I don’t believe in a god, heaven or hell, or practice any organized religion, I frequently feel connected to something I can’t define. I most often feel closest to that when I’m painting, and I’m grateful to that something else for granting me the ability and the means to create.

I feel it most when I’m painting my whimsical wildlife paintings. It’s what I imagine Maslow meant when he defined the peak experience. 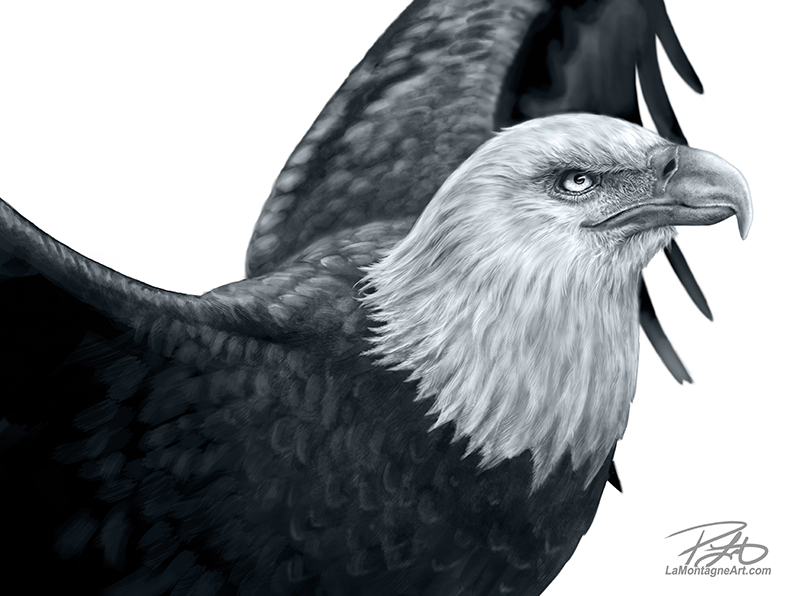 When I first created my animal art, I called them Totems but stopped the practice a few years ago.

About the change in 2018, I wrote, “What (totem) meant to me was paying homage to the animal spirit meaning of the word. The personality and character I paint in these animals make them feel alive to me. I’ve had some unique and special experiences with animals in recent years and can’t help but feel a connection with them, so it’s for personal reasons that I decided on that name.”

But as I explained in the post, having read and learned more about the difficult conversations surrounding cultural appropriation, I didn’t want the work I enjoy most to be tainted by misunderstanding. I didn’t want to imply or claim any connection to native culture, so I no longer refer to my animal paintings as Totems.

And yet, it’s through this work and these animals where I feel the most tethered to that something I can’t explain.

When I had the opportunity to create this cartoon, I felt that the sincerest offering I could make to this difficult discussion was to combine all my skills into one image.

In much of First Nations culture, the eagle is a sacred image. In my most basic understanding, it represents the closest connection to the creator, and it’s a conveyor of messages and prayers.

To illustrate just how sacred the beliefs surrounding this animal spirit are, it is illegal in Canada and the U.S. for any non-indigenous person to own any eagle parts, including feathers. I’ve learned more about this from my visits to the Birds of Prey Centre in Coaldale, Alberta, where they rescue and rehabilitate eagles, among other species. It’s also where I took the photo reference for this eagle image. 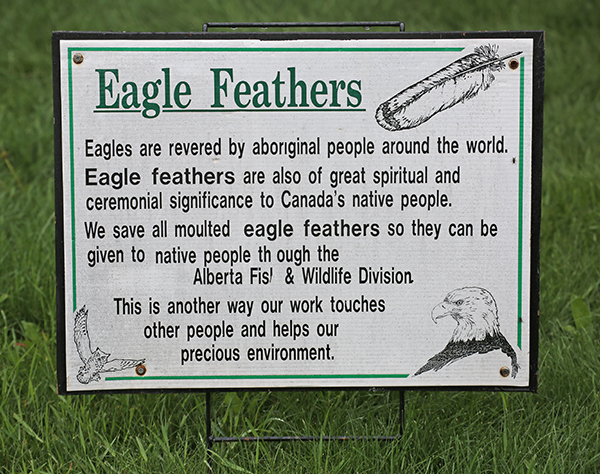 Any eagle feathers dropped by the birds at their facility are collected and sent to Alberta Fish and Wildlife. After examination for conservation research and screening for disease, they’re distributed to different tribal councils.

The National Day for Truth and Reconciliation is about honouring the children who died in residential schools, healing for the survivors and promoting understanding and education about our history. So the eagle image seemed the best fit for what I wanted to say.

Whether it resonates with my editors or their readers is beyond my control. But hopefully, I did my job.

If not, then I will try harder next year.

___
© Patrick LaMontagne
To find out more about The National Day for Truth and Reconciliation, please begin here.