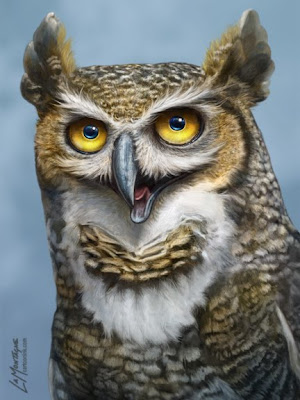 This is the latest painting in my Totem series. Hard to believe I started this image in November. I’ve worked on it at a few live painting demos, and when I could make the time, but I’ve gone weeks at a time without touching it, due to my heavy workload.

I’ve received a lot of publicity and attention over the previous paintings, especially the Wolf and Moose after the Photoshop World Guru Awards in September, but I’ve been frustrated lately that I hadn’t been able to get another one finished, even though I’ve had two on the go for months. The last thing I want is to be halfway through 2011, and still be talking about paintings I did in a year ago.

With that in mind, I took whatever bits of time I could this past week to get it done, as well as a home stretch effort on Sunday of about 6 hours of painting. I nitpicked this to death at the end, and probably could keep doing so for a number of hours, yet, but eventually it gets to a point where you’d only see a difference on extreme closeup, and it would be minimal at best. My biggest concern was that I wanted the end result to be better than, or at least as good as the Wolf and Moose paintings. Hopefully I achieved that, but I’m too close to it to be objective. 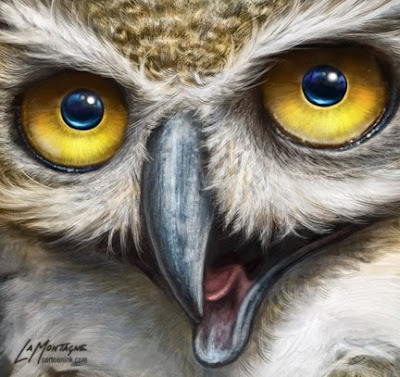 In the end, I easily spent over 30 hours on it, and at this moment in time, it is my best effort. I found myself smiling a number of times while painting, because it seemed I was being smiled at, and that’s always a good feeling. Even had a few moments where the image seemed to be painting itself yesterday, and that never ceases to surprise me. With my headphones on, music playing in my ears, painting without thinking and no distractions, that’s as close to a perfect moment as I get.

While I’m pleased with the final image and that I have finally added another painting to the series, I would like to find more time to devote to these paintings, so there aren’t months in between each one. Next up will be the Bighorn Sheep, which is the other painting in progress at the moment.