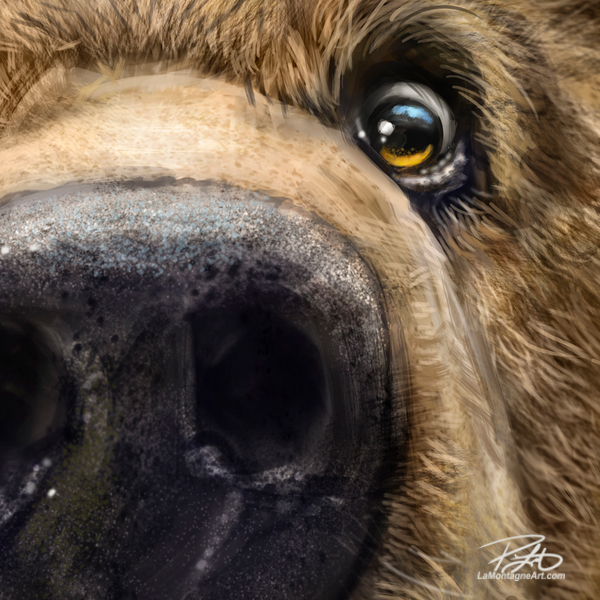 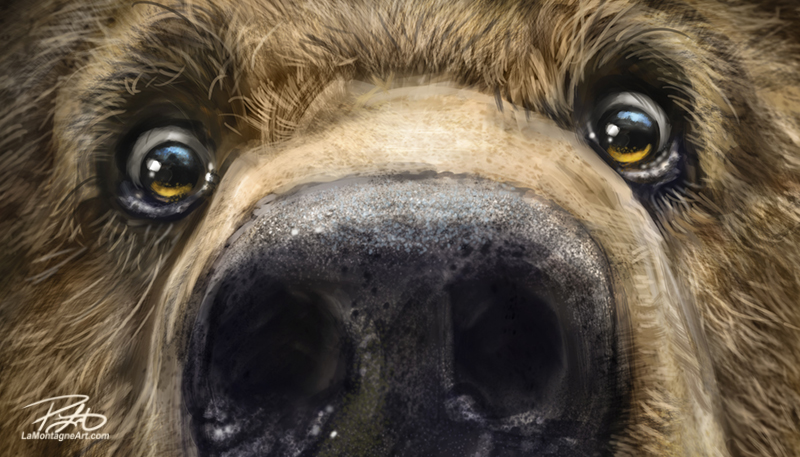 Are you freaking out? So am I.

Over the past few days, I’ve been worrying about how this situation will turn out badly for me in the long run, both for my syndicated editorial cartoons and my licensed paintings.

We’re all in the same boat, dealing with this. We can still be empathetic while focusing on our own needs. Just like they say in that pre-flight briefing nobody listens to, “Secure your own oxygen mask first.”

The what-ifs have been flying fast and furious in my noggin’.

Yes, some of these could happen, but it’s unlikely for it to be the worst-case scenario, and even less likely I’d be unable to deal with it.

I already spend most of every day working at an accelerated pace, drawing new editorial cartoons as fast as I think of them, painting new images for licensing, fretting the details, trying to make this fiscal quarter exceed the last one.

The available information with this crisis is changing so fast that I’m ping-ponging back and forth between “I can handle this” and “I’m going to lose everything!”

I’m sure most of you can relate. And if not, I’ll have what she’s having!

This isolation home work environment isn’t as unusual for me as it is for so many. But one thing that does come with this job is too much time in my head, leap-frogging from one cognitive distortion to the next.

Right now, they’re lined up in a queue, waiting for their chance to occupy my present thoughts, and they’ve got no concern for social distancing.

The two ringleaders of this gang of hooligans in my own head are Catastrophizing and Polarized Thinking.

Catastrophizing means that I will always jump to the worst possible outcome in any situation I find threatening.

A weird sound in my car means the transmission is going or something equally expensive I can’t afford right now. A month where one newspaper doesn’t run my work as often as they have in previous months means all of my clients are suddenly going to decide they don’t need me anymore. The absence of thousands of followers in my newsletter or social media means nobody likes my art, and I’m going to lose my career. Gaining two pounds this week means I’m going to be 30 pounds overweight in a month.

I had a 1994 Eagle Summit for 12 years, bought it when it was already seven years old. I loved that little car, looked after it, and it was fun to drive. I took it to the mechanic many times for regular maintenance, or when things went wrong, most of which were minor. At the end of its life, my mechanic said it was time to send it to the wrecker because this time, the transmission really was the problem, and it wasn’t worth fixing or selling it. So I donated it, got some money for the local SPCA, paid for half of my wife’s new car, and I took hers. And I love this car, too.

The worst thing in my mind actually did happen, and it worked out fine. But it only arrived at the end, not all of the other times I worried that it might.

In 2009, I lost nine newspapers in one day, when a national chain decided to get rid of all freelance cartoon submissions for weekly papers. I thought that was the end of my career. It wasn’t. The next year was better than the previous one.

I had a decent following on social media before I left the big three. A couple of months ago, I rejoined Instagram, and while my audience is growing, it seems slow. Neither decision had any impact on my income.

As for weight, I’m physically fit. As I approach 50, I’m in better shape now and weigh less than I have for most of my adult life. Even when I was at my heaviest, it was only 12 or 15 pounds more than I weigh now, that middle-age belly weight that sneaks up on everybody in their late 30s until you make healthier choices.

I catastrophized about all of it and still struggle with those and many other false beliefs to this day.

Polarized Thinking, also called Black-and-White Thinking, is the mindset that things are either all bad or all good. Logically I know that’s ridiculous. The world is one big grey area and most situations, problems and experiences fall within it.

Accepting that is hard when it seems like we’re taking one big hit after another, especially when all of the information is a BREAKING NEWS ALERT on how many people are sick or dying in the world from our latest foe.

My email alert sound should be a gunshot for how jarring it has become.

This heightened level of anxiety is unsustainable, and today I find it waning a little. I’m taking a lot of deep sighs, stretching, and letting my tense shoulders relax a bit. I’m still anxious, of course, but it’s the baseline anxiety I’m already used to. Still not healthy, but I can handle it for now.

All of this makes me uncomfortable, not knowing what comes next. But I realized yesterday that I’ve been here before. When I quit my job 15 years ago, I had no idea if I could make a full-time go of this art for a living. The difference was that it was my choice, and if I failed, I could just get a job to shore up the losses.  Neither of those is true right now, but the uncertainty is the same.

How long will this last? That’s the big question.

But another question worth asking, what if this is an opportunity?

It’s tempting to fire off more editorial cartoons to try to get as many of the open freelance daily spots as possible, but all that will do is dilute my idea pool, lower how much I’m making per hour, and ultimately mean that a lot of cartoons, and effort, will be wasted. 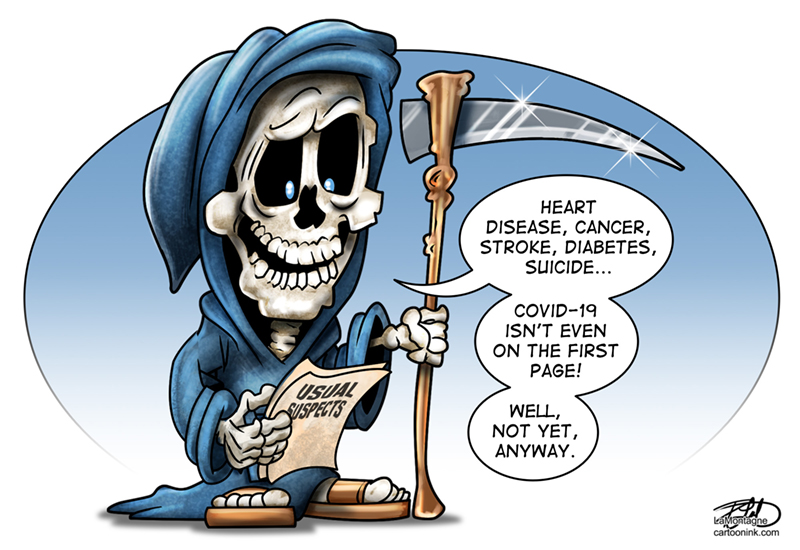 So what to do with the time? I can always paint more animals. I’m always complaining about not having enough time to paint. Part of that, however, is that I want to get as many images available for licensing as possible. But I’ve already got a sizeable portfolio; nobody’s buying right now, so why rush to get more out there during this challenging time?

I can work on painting experiments, images that might not be right for licensing now, but could open up avenues later. I now have the time for some exploration, to throw some things at the wall and see what sticks.

I can write. Not just blogs, but fiction, stories I’ve wanted to tell. I’ve already been doing that this year but it’s a struggle to make the time. I have that now.

Or perhaps I could just be bored for a while. Creativity LOVES boredom. When you slow down, turn off the TV, put down the devices, stop panic-scrolling and just sit and simmer, your mind has the freedom to wander.

What if those aren’t bad things? What if there are ideas hidden behind doors in my mind that I’ve been afraid to open? What if I’ve been so focused on keeping the revenue I’ve got, chasing the next dollar, that I’m missing opportunities that might now show up? What if they’ve always been there and I’ve been too busy to notice?

It’s kind of like driving a familiar route every day, and it isn’t until you’re a passenger one trip that you get to really take a look around. Has that barn always been there? I didn’t know there was a llama in with those horses.

Unlike a localized event or disaster somewhere else, we’re all going through this. When this is over, we will all have our individual stories. Nobody’s life is the same right now as it was a few months ago before most of us had ever heard of Covid-19.

How we cope with it will be an individual choice. What changes will we each embrace when we come out the other side, things we’re forced to do without now that later we’ll decide we never needed?

I’m still going to go back and forth between moments of panic and acceptance. I know that. But I also know this storm shall pass, and it is only when things get bad that we grow. Nobody changes when things are comfortable.

A lot is going on in the world besides the coronavirus, even though its shadow falls upon everything. People are dying of things they were already dying from—heart attacks, car accidents, strokes; you name it. Diseases are being diagnosed, houses are burning down or flooding, businesses are folding, relationships are ending, and families are grieving.

And yet, babies are being born. In all this isolation, babies are definitely being conceived. Artists are creating art; musicians are playing music, writers are writing, teachers are still teaching, professionally and otherwise. Discoveries are being made, buildings are going up, and adventures are being planned.

In many parts of the world, people are still pausing to watch a sunrise with a profound sense of gratitude.

Are you still freaking out? So am I.

Take a breath. Take another.