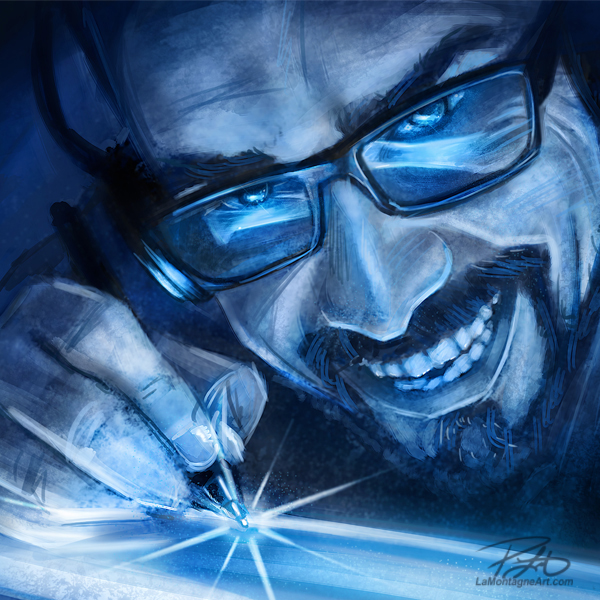 I was going to write this long post about how hard this crisis is hitting freelance artists, those who work in the gig economy and me personally.

But after a few hundred words, it just sounded incredibly self-pitying, the kind of post I hate to read because it triggers feelings of, “you think you’ve got it bad?!”

We’re consuming way too much information on Covid-19, and then sharing it before we’ve even read the last sentence, usually with our own opinion tacked on.  We forget that everyone is hurting from this.

Everybody is scared, if not for health reasons, then for economic ones.

One friend is worried about what this will do to his retirement savings. Another manages an entertainment venue and saw every event cancelled for this month. Another works in tourism, and hotels around here are starting to lay people off. A few friends are brick-and-mortar business owners and are wondering if they’ll survive until this ends. Others are seniors and while financially stable, are the most vulnerable if they get sick. Another friend is a doctor, and she has accepted that she will get sick, sees it as inevitable. Another friend had to cancel his family trip to Mexico this week; he’s out about $4000 because cancellation insurance won’t cover it for this virus.

Then there are the businesses I work with in newspapers and tourism. Newspapers rely on ads, and when companies are on the ropes, they don’t buy advertising. When people aren’t travelling, and everybody is acutely aware of their finances, retail stores and gift shops are wary of what they’re stocking, which means the wholesalers that license my work aren’t selling as much. The trade shows they attend to introduce my work to new customers have been cancelled.

Despite my recent assurance that I’m still doing the Calgary Expo, five weeks away, I highly doubt they’re going ahead with it. And if they do, it’s going to be a dismal year for attendance and sales. I sent my last two paintings for proofing, but I have no idea when I’ll order prints of them. A waste of money for them to just sit in the closet with the extensive inventory I’ve already got.

Fear of the unknown. It’s the reason people are hoarding toilet paper and other supplies. It’s not because they’re crazy, it’s because they’re afraid. When there are so many uncertainties and things we can’t control, our nature is to look for anything we can control.

We may not know if we’re going to have a job next month, but at least we have toilet paper! It’s not the product itself; it’s what it represents—safety, stability, and comfort.

This need to control our environment expresses itself in many different ways. Some people do the buying and hoarding, while others make fun of them for it. Because If I can convince myself that I’m better than those crazy people, then that must mean I’m going to be safe. As if we needed one more thing to reinforce our US versus THEM mentality.

Then there are those in between. I’ll stock up on a little more toilet paper, but not too much. Fine, I’ll add a few more cans to the grocery cart, maybe some extra meat for the freezer. Might as well, I’m here, right?

And then when we get to the grocery store and see all of the empty shelves, the fear escalates, and we buy more than we’d planned.

Because, what if the crazies are right?

It’s all fear. And even though that’s OK, we also end up judging ourselves for being panicky little mammals, too. We know we shouldn’t be checking social media or the news as often as we are because it creates a destructive loop. But we still do, because…

We do what we can with what we have, both in resources and information. Think twice before sharing every news story with your friends, because they don’t need to see it any more than you do. If they’re not following the news already, then they probably don’t want to see all of the articles YOU think they should.

We’ve all seen the graph about flattening the curve, so it doesn’t need to be posted again. We’ve all seen the conspiracy theories and the posts from doctors trying to be the voice of reason, the comparisons between the 1918 flu and the predictions of what happens if it gets worse.

We’ve all seen the videos of frenzied shoppers at Costco and the holier-than-thou posts from people who think they’re all idiots.

Some of the memes are pretty funny, sure. Laugh at the absurdity, but avoid the cruelty. These are your friends, your family and your neighbours, and they’re frightened. Cut them some slack. They’re judging you just as harshly, maybe not for this, but something else.

When we’re scared, we act irrationally. It’s human nature. Ironically, by trying to avoid this virus, we end up hurting ourselves with our coping mechanisms. We might drink a little more alcohol or partake of other substances, eat more unhealthy food, avoid exercise, socializing, and laughter.

It’s difficult, but we do have the capacity to rein in these fears and habits. We need only summon the will.

I’m an atheist, but I’ve always liked the Serenity Prayer, favoured by Alcoholics Anonymous. It applies to so much of our lives, in good times and in bad.

I’m still short on the wisdom part, but I’m working on it.