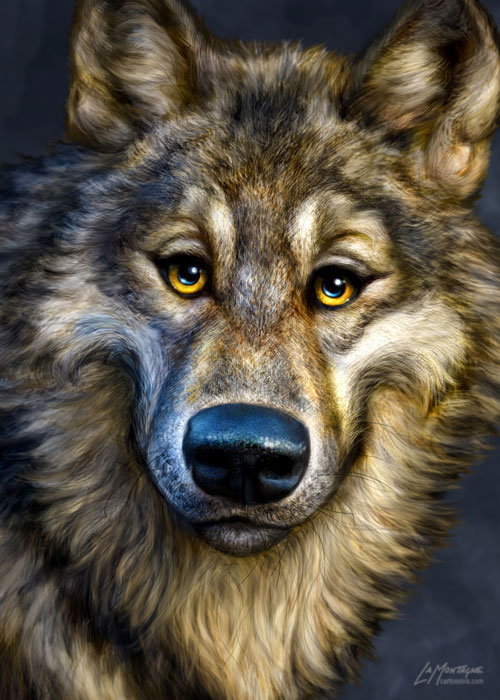 For the past nine years, I’ve been creating whimsical wildlife portraits of animals, caricatures of the real thing. Sometimes they’re quite exaggerated, other times not so much.

When I first began the initial series, I decided to call them “Totems.” What that meant to me was paying homage to the animal spirit meaning of the word. The personality and character I paint in these animals makes them feel alive to me. I’ve had some unique and special experiences with animals in recent years and can’t help but feel a connection with them, so it’s for personal reasons that I decided on that name.

Over the past few years, I’ve been getting more licensing contracts, my work is being sold in more places and if things go according to plan and align with my intentions, I hope to see them in many more retail outlets across Canada and the U.S. in the coming years.

With that in mind, and knowing the underlying current of the internet, good intentions are often misconstrued as opportunistic machinations. I’m paranoid by nature, always anticipating the worst case scenario, because I see it every day while following the news. I suspect that it’s only a matter of time before somebody accuses me of cultural appropriation.

By using the word Totem, it could be perceived by indigenous groups that I did so to either pretend that I have some connection to native heritage or that I used the title to capitalize on the word for that reason.

The word Totem has a number of meanings, but clearly I am using it in the animal spirit sense and with cultural appropriation such a sensitive subject (and rightly so), it would be naive of me not to imagine that some members of indigenous groups might see it as just another white guy trying to make money from their culture.

That isn’t the case and has never been, but I’ve got about as colonial a background as you’re ever going to find. Any argument I made after the fact would just look like I was just trying to cover my ass in the face of controversy, rather than ceasing the practice because I chose to.

On one hand, given the fact that I’ve regularly faced controversial opinions and arguments against editorial cartoons I’ve done for the past twenty years, I don’t like caving to opposition in an age where anyone who is offended is perceived to be correct simply because they’re offended.

On the other hand, a phrase I learned in my five years in the Canadian Armed Forces Reserve comes to mind often in my life. 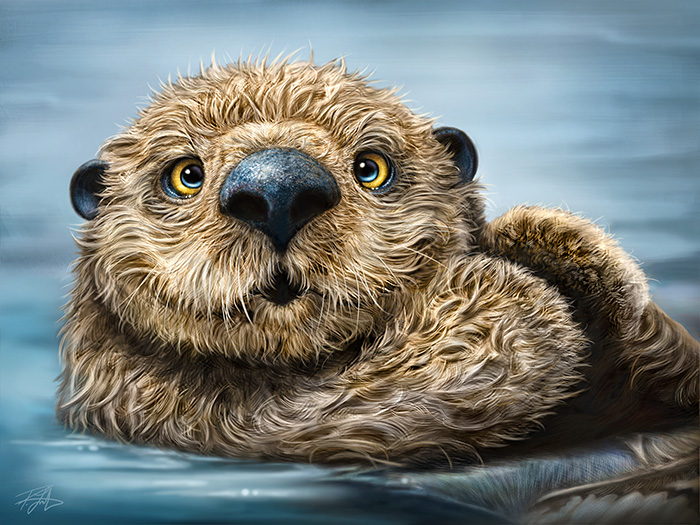 I paint my funny looking animals because I enjoy them, they make people smile, and it’s a nice way to use my talent and skill to make a living creating art. I certainly don’t want these paintings to be tainted with a controversy that’s easily avoidable. The paintings are important to me, the names are not. It doesn’t change how I feel about them or whether or not those who like my work will continue to follow it.

It was only the portrait style caricatured head-shots that were called Totems, but I’ll no longer be continuing that practice. Some might not agree with my reasons for this change, but I believe we’re supposed to grow in this life and this feels like the right thing to do.

I have removed the word from the portfolio and gallery titles and will be going through the blog to do the same to the titles of those posts. While it will be impossible to remove all references to them online, the point is that I won’t be doing so in the future.