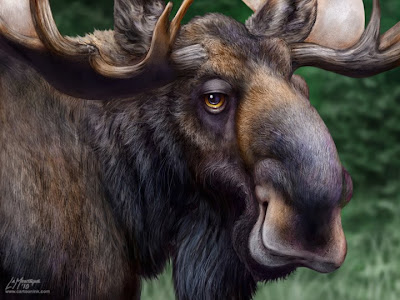 Had a painting demo this weekend at Two Wolves Trading Co. here in Canmore. Many people have never seen digital painting before and it’s fun to show them how it’s done. A few brave souls even gave it a try when offered the chance, although most were nervous that they were going to break the tablet. I assured them that Wacom makes a sturdy product.

Something I’m hearing more and more of, is questions asking what I’m doing to photos to get them to look like paintings. I’ve almost drawn blood from biting my tongue when this comes up. I know that I’m not alone in my frustration when faced with this, as I’ve talked to other digital painters who deal with the same false assumption.

I will admit that it’s unfair for me to judge anyone too harshly, because as I said, many people don’t know how digital painting is done. Unfortunately, I’ve realized that whenever somebody sees a computer, they automatically think that anything produced on it has been done by some sort of trick, as in a filter or a piece of software doing all the work.

While I do use photos for reference, just as any portrait, wildlife, or landscape artist might, no photo has ever been part of the image that results in one of my animal paintings. I don’t even use photos for textures in these paintings. It’s all brush work, and it starts from a blank white ‘canvas.’ Each one of these takes around 20 hours of work to complete, sometimes more. 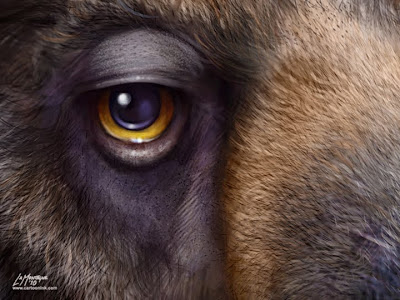 The animal paintings are caricatures of real animals, so I need to know what the anatomy of a real animal looks like, just as you would when doing a caricature of a person. Even though the finished paintings are different from the photos I use for reference, all of the photos are used either with permission (I have some very generous friends) or are paid for, either in trade of a print or cash. 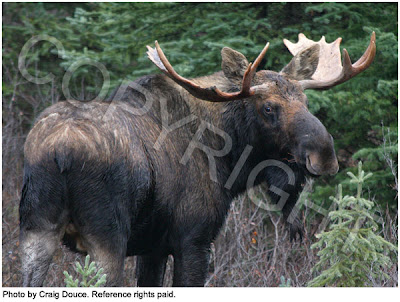 Photoshop is a wonderful piece of software, but despite the name, it’s not just about editing or manipulating photos. Much of the illustration work you see in magazines, on the net, or in ads has been drawn or painted in Photoshop. It’s an incredible illustration tool and I love working with it, but there are many days that I wish Adobe had called it something else.

5 thoughts on “No photos were harmed…”