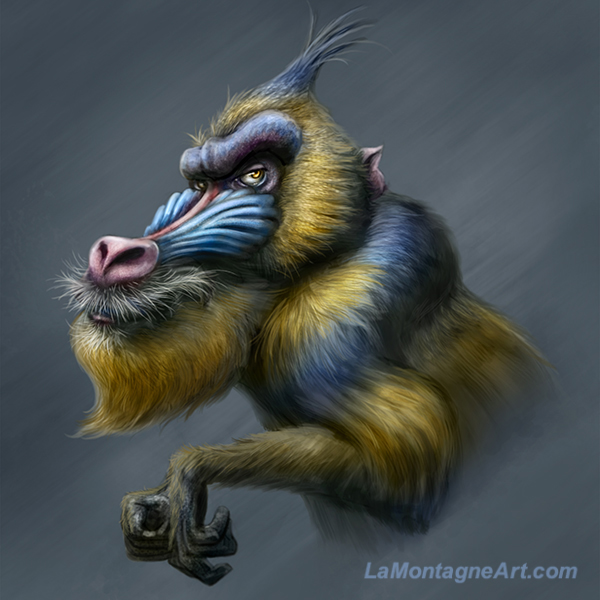 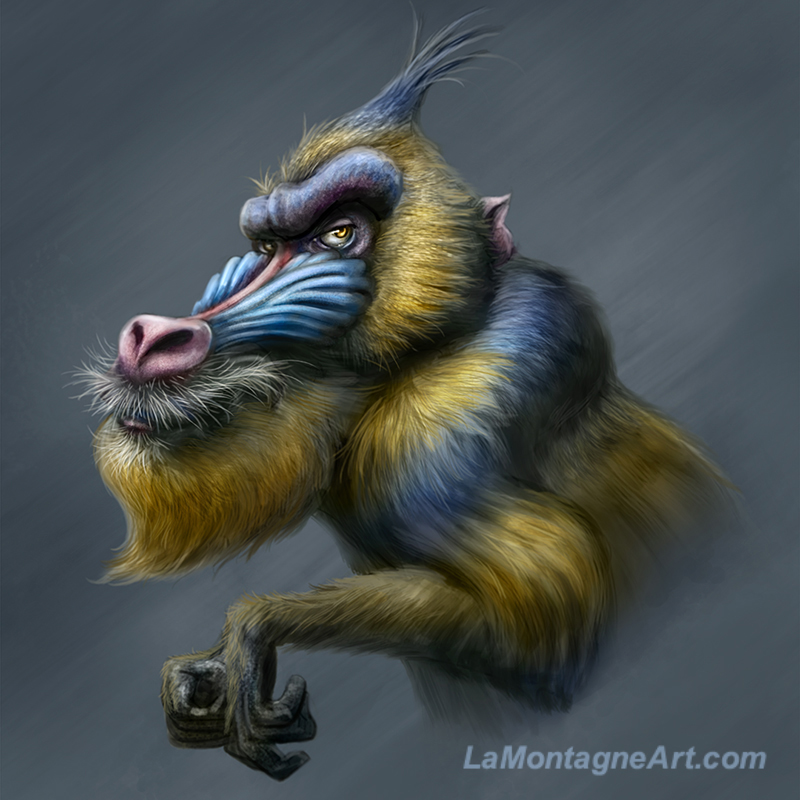 Since I didn’t start seriously drawing until my mid-twenties and never went to art school, I have often felt that I have spent most of my career playing catch-up.

I’m a workaholic perfectionist, which can be good or bad, depending on your metric. Rarely a day goes by that I don’t work, even for a couple of hours. This is not a complaint, nor should it be interpreted as humble-bragging.

On self-employment, Seth Godin once wrote, “You would never work for somebody who treats you the way you treat yourself.”

I heard recently on an art podcast that most people who go to art school don’t end up as artists for a living. The talent and art skills aren’t enough; you have to be driven.

The fact that I started late in the game means I’ve always been hungry, which has contributed to my longevity in this profession that’s synonymous with failure. An unhealthy dose of fear plays a big part as well. Grabbing the brass ring is easy but keeping a white-knuckle grip on it for decades, therein lies the struggle.

When people find out that I didn’t go to art school, they’ll often ask, “oh, so you’re self-taught?”

Self-Taught sounds like I just conjured it out of thin air, a claim that would be incredibly arrogant and false. I prefer the term self-directed.

I’ve learned from plenty of teachers, most of whom don’t even know it. While the internet has its fair share of toxicity and bile, it’s also a treasure trove of knowledge we often take for granted. While at Red Deer College, I remember having to drive down to the University of Calgary library to research a Psychology paper because the information wasn’t available in the college or city library where I lived.

In books, webinars, podcasts, conference classes and online courses, there’s always a new bit of wisdom or technique waiting to be absorbed.

If you can’t find it, you aren’t looking.

Whether it’s how to make an image better or insight into the business of art, there is no excuse for failing to acquire or improve any skill you might have or desire.

That’s why the thought of retirement seems so foreign to me. I may slow my pace and become more selective of the work I do, but I’ll create art for as long as I’m able; however that looks.

I recently bought an online course on Character Design from Aaron Blaise, a fantastic artist with impressive credentials. Although I learned long ago to never say never, I don’t currently want to be a character designer.

But I’ve always felt that the principles of character design and animation, putting more action, life and dynamics into my cartoons and paintings, that’s where my skills are weakest. I’ve taken a couple of other courses on this theme over the years, but they never seemed to take.

This one, however, is fantastic. Even Shonna has noticed an improvement in my cartoons lately, and I’m only halfway through the course. It’s so good that I intend to watch it again, to reinforce some of the techniques. When finished, I’ll take another of Blaise’s courses.

I plan to talk about this course again, likely an accompanying narrative with a painting video, but for now, I’ll say that it has been time and money well spent. 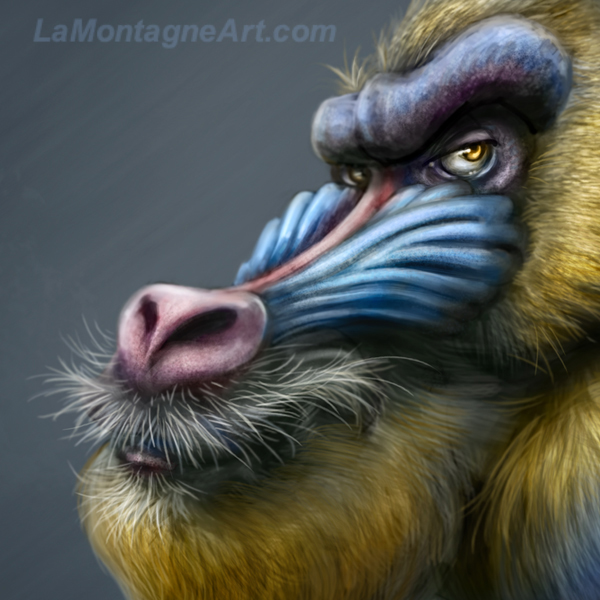 As I approach my 50th birthday, I still feel like I’m playing catch-up when it comes to my art, even though the only person I should be comparing myself to is the artist I was yesterday. Funny how often I fail to remember that, especially while scrolling through Instagram.

Most of the time, everything I draw, whether cartoon or painting, is designed to be a finished piece. However, this course has got me drawing for practice again, investing in the skills that will allow me to make even better finished pieces later.

This weekend, I spent most of Saturday morning working on a new commission and Sunday morning on editorial cartoons. But in the afternoons, I played with this funny looking Mandrill. It’s much more developed than I had originally intended because I enjoyed it so much and didn’t want to abandon it.

A lot more caricatured than my usual animals; some might say too much, so it doesn’t fit with the rest of the portfolio. But I have no doubt that the techniques I’m learning to allow me to draw something like this will still inform my future painted work and make it better.

It also provides me with an escape from the work, to draw and paint just for the fun of it, which is why I wanted to do this for a living in the first place.