When I used to think of a midlife crisis, I thought of shallow guys buying flashy red sports cars, hanging out with twenty year old bleached blond bimbos, and trying desperately to hang on to whatever was left of their youth. The reality is a lot less ‘TV sitcom’ than that.

Some psychologists have started calling it ‘midlife transition’ instead of ‘midlife crisis’ because ‘crisis’ has a negative connotation to it. So far, their political correctness hasn’t figured out how to keep me in my 30’s, though.

In the grand scheme of things, 40 is just a number, and since nobody really knows when their time is up, midlife is an assumption. I could kick off tomorrow, or have 60 more years coming at me. There is no expiration date tattooed anywhere on my body, that I’m aware of, although I wouldn’t be surprised to find a ‘Best Before’ date.

Logically, I shouldn’t have a problem with turning 40, but as Spock (the Vulcan, not the baby guy) always told McCoy, humans are not logical.

Time’s ticking. I’ve had a great ride so far, but there’s a lot I want to do that I haven’t done, both in my work and in my life. In previous years, my New Year’s resolution has simply been to keep moving forward and try to be a better person. I’ve come to realize that’s a cop-out, because there’s no accountability. So for the first time in a number of years, I’m setting some actual goals for the year, some specific and professional, some general and more personal, but all overdue. 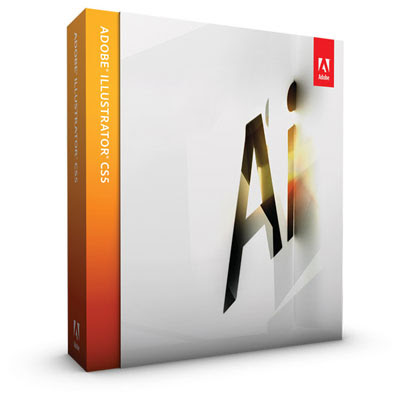 I used to work for a sign shop here in Canmore. Really interesting job and I found that I really liked creating vector art. To this day, I use paths and vectors in Photoshop regularly while drawing cartoons because I like using the tools. While I still do contract work for the sign shop from time to time, I’ve realized my vector skills haven’t kept up with each new version of Illustrator, even though I keep upgrading with each new release (although I’ve yet to buy CS5). Continuing education is important in any field, and I haven’t done much of it in the last couple of years. 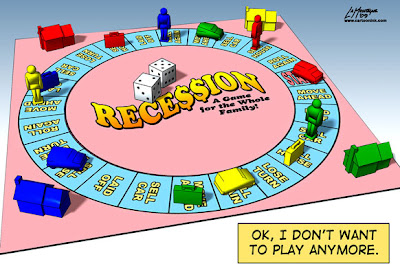 This cartoon was created a couple of years ago using Hexagon, Carrara, and Photoshop. I’d like to use more 3D elements in my work. While I don’t intend to try and become an expert, it’s fun and challenging, and I want to get better at it. The whole reason I chose the Extended track of Photoshop was for the 3D and aside from building the occasional rudimentary model for an editorial cartoon from time to time, I wield those tools like I’m performing surgery wearing oven mitts. Very clumsy with no finesse. I’d like to change that this year. 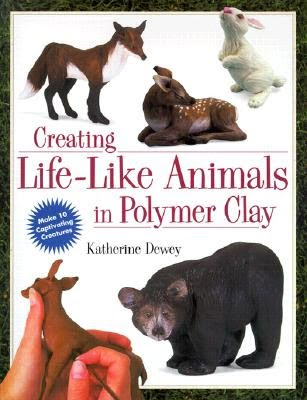 I’ve been feeling the urge to do this for a couple of years now. I’ve had ALL of the tools necessary sitting in a toolbox in my office closet for about a year. I’ve done my research, bought Sculpey polymer clay, a couple of books on how to use it (including the one pictured above), and acrylics for painting after it’s been baked. I have no excuse not to get started, and no pressure to produce anything good because I bought it just to have a hobby again. A wise man once said, when your hobby becomes your work, you need to find another hobby and I think this might be it. I’d just like to see if I’m any good at it.

Paint. Every chance I get. 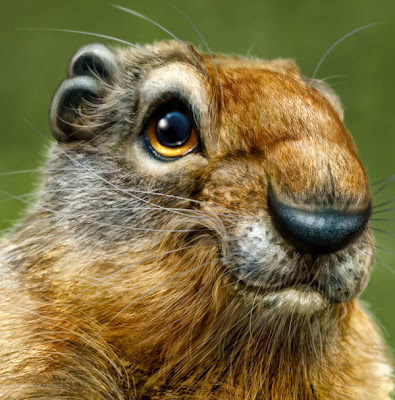 Last year, I discovered what I love to paint most, so this year, I want to paint more animal totems. In a perfect world, I’d like to paint every day, and even if it’s only for 10 minutes, I plan to do that, starting today.

In 2010, I only painted one person, Bert Monroy, and I’m missing that, too. I’d like to paint some more images of people this year, and I have a list I’ve kept over the last year, with about a dozen names on it. The great thing is that while they’re all well known character actors, none of them are what you would consider A-list celebrities. 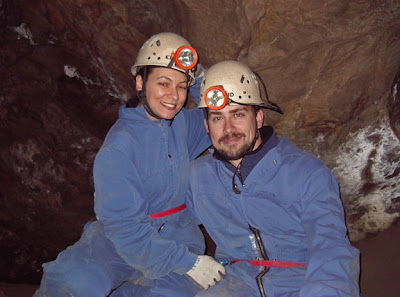 I work too much, and I put it ahead of everything else. I’ve often taken on work that I should have realized would do nothing to advance my career, made poor use of my best skills, and was of very little interest to me, not to mention that it usually wasn’t worth it financially. That stops completely this year. I learned how to say ‘No’ last year. This year, I’ll be saying it a lot more.

I get bored very easily, so while I still intend to be very busy, it’ll be on projects and commissions that are worth my time. There’s no point in being your own boss if you’re still doing work that you shouldn’t be doing.

When I do take time off, however, I’d like to slow down a little more, relax and enjoy life. Time off shouldn’t mean watching TV all the time or going for coffee every day. While those pastimes do have their place, I’m looking for more experiences that create fond memories. More, hiking, camping, caving…hell, I’m going skydiving this year. That last one is right out of the midlife crisis manual. Page 36, I think.

Be Less Cynical.
This one will be tough, because despite the successes of last year, I focused too much on the dark side of people. I’ll often blame that on following politics for a living, but I’ve recently realized that it’s a choice, and to paraphrase an all too familiar phrase, if I let it ruin my life, “then the politicians have already won.”

My wife says I hold people to unreasonably high standards, including myself. I expect everyone to take the high road, wanting to believe that people will do the right thing most of the time. And then inevitably, when someone’s unethical behavior still gets them ahead, I end up disappointed and angry. This year, I’m going to try and let that go and be less judgmental. Cut everyone a break, including myself. Nobody’s perfect.

You’ll hear of people who’ve faced life threatening illnesses that thankfully survive the ordeal. Often, they’ll tell you that the challenge they faced was the best thing that could happen to them because it made them realize that life isn’t to be taken for granted, that it was a gift to be given a wake-up call.

I’m going to try and look on turning 40 the same way. And just like last year and the year before, I’ll still try to keep moving forward, and to be a better person.