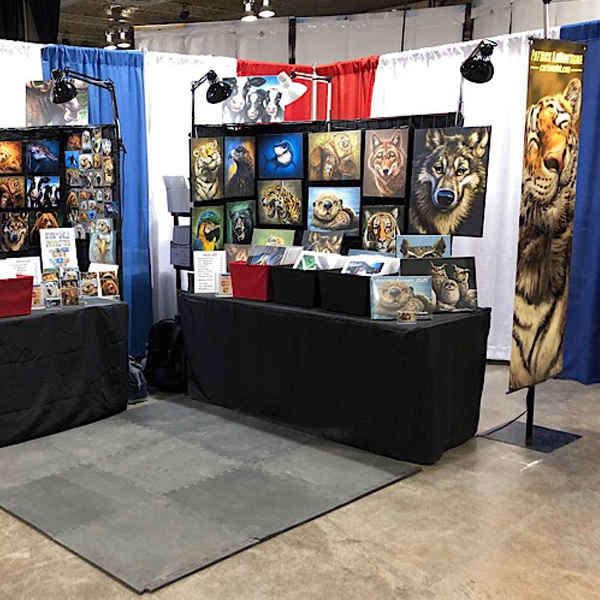 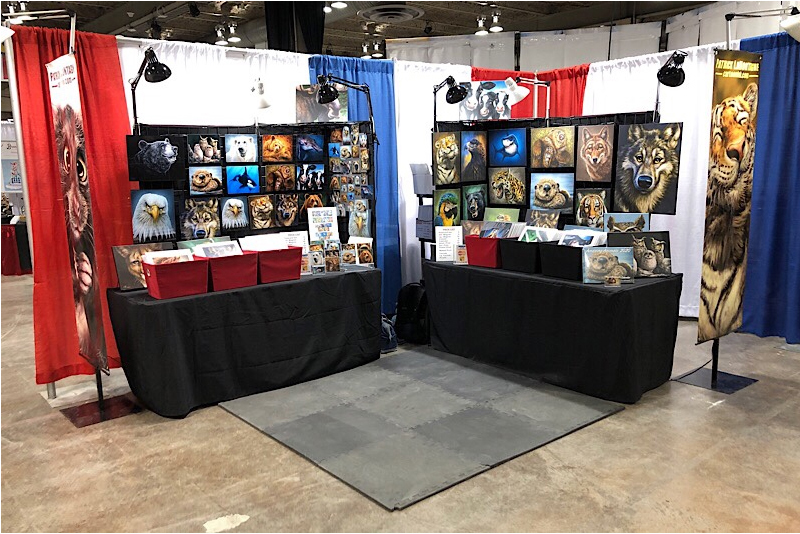 In the wake of the rapidly changing (over)reaction to the Covid-19 virus, I’ve been thinking about the Calgary Expo next month.

It’s the only show I do, but it’s a big one. Close to 100,000 people attend each year. With the Alberta economy doing so poorly, my expectations for this year are already low. People don’t have a lot of money for luxuries, of which art is undoubtedly one.

But I was optimistic it would still be worth my time to connect with my regular customers, hold my booth space until things improve and hopefully make some money.

In recent days, however, with conferences and events being cancelled all around the world as people shy away from crowds, it’s now looking like the Calgary Expo could be twice cursed.

The Emerald City Comic Con in Seattle was postponed yesterday until sometime in the summer, a week away from their event, about the same size as Calgary’s. Leading up to it, the list of cancelled guests was huge. The organizers offered refunds to advance ticket holders nervous about attending because of the virus, and 10,000 people took them up on it. That’s a significant number.

The SXSW (South by Southwest) event in Austin, Texas, which draws 400,000 people, was cancelled yesterday.

So I find myself facing a dilemma. If I cancel, I lose my booth fees, $1200 in a year where my revenues are already taking a hit because of the economy.

I’m reminding myself of the sunk cost fallacy, which makes people do something against their best interest because of money already spent. We’re emotional, irrational creatures and will often tend to double down on a bad bet because of money or time we’ve already lost.

If I continue on this present course, I will spend more money on three nights in a hotel, electrical fees, parking, insurance, ordering more stock, only to potentially have a large corner booth in the middle of a ghost town for four days.

If the guests and celebrities don’t show up, people don’t show up. With the economy down and folks staying away out of fear, the odds of making enough sales to make a profit this year goes beyond optimism. It’s naïve wishful thinking, bordering on delusion.

If I cancel, I lose the booth cost and my preferred booth space, which is based on seniority. There’s a good chance I’d no longer do this event.

I’m not worried about getting sick. I have a healthy immune system and most people who get this particular coronavirus have mild symptoms and recover well. Seniors with existing medical conditions are the most vulnerable to this illness, and the Calgary Expo is just not their scene.

It’s not a question of fear or pessimism, but surveying the land and deciding if there’s a reasonable expectation of growing any crops there. I still want to do the Expo, but it’s a LOT of work, before, during and afterward. It seems foolish to invest that time and money only to be standing there for four days, stinking of desperation.

Ideally, it would be great if the Calgary Expo cancelled the event and issued refunds, but if that happens, I don’t see it coming for another month. They’d have a hard time postponing the event until the summer as Emerald City Con did because that would require a vacancy at the BMO Centre for a five day event, and that’s unlikely. If they cancelled the event this year and bumped everybody’s booth and fees to next year, I’d be okay with that, too.

A lot of people will be affected by cancelling Expo. This event is a big moneymaker for many, including me. For some, it’s part of the foundation of their annual income, especially those putting the con together. People have booked flights, rental cars, ordered stock and planned their big book, art, and product launches around this event. The local economy counts on this event, the largest in Calgary each year, second only to Stampede.

To lose it will hurt a lot of people.

To go ahead with it could be just as bad.

I’m an obsessive worrier by nature, and even I’m not worried about getting sick. Since the symptoms of coronavirus are mild for MOST people, I expect there are thousands worldwide who’ve had it, recovered from it, and nobody even knows. How often does the average person go to the hospital for the flu? Most will assume that’s just what they had.

But if one person dies or catches it at Calgary Expo and infects somebody else who dies, that could likely be the end of the whole event. The mass hysteria, finger-pointing and unreasonable fear that’s currently infecting the world are far worse than the virus itself. The court of public opinion, on Facebook, Twitter and everywhere else would descend en masse on the organizers.

When we become gripped by unreasonable fear, we start looking for an enemy to blame.

The SARS outbreak in 2003 would have been far worse for the world and economy if we’d had social media. Daily updates on where the virus has shown up are incredibly bad for your mental health. What’s worse is that people aren’t only absorbing the panic; they’re spreading it on their own social media feeds.

This is new. We’re freaking out, and losing all perspective. According to the World Health Organization, nearly 1.25 million people die in road crashes each year, on average, 3,287 deaths a day. An additional 20-50 million are injured or disabled. In the United States alone, 37,000 people DIE in car crashes each year.

Could you imagine being updated EVERY TIME somebody dies in a car accident, let alone gets hurt in one? We’d never get in our cars.

But we’re so used to it; we ignore it to the point where we have to be told not to use our phones while we drive.

Despite the assertions of everyone and anyone on Facebook, Twitter and the News Comments sections who have suddenly become virology experts in the past five minutes, there are no easy answers. There rarely are for complicated issues.

At present, I will wait on a decision, evaluate the situation as it unfolds, expect the worst, but hope for the best. Eventually, I’ll have to decide whether it’s worth it to go ahead or pull the pin, take the loss and accept the consequences.

In the meantime, I won’t be buying any masks, hoarding toilet paper or running and screaming every time I see an Asian person. It’s stupid, dangerous, and if it goes unchecked, it won’t be long before we’re turning on each other. Because when things get scary, that’s what people do.

To illustrate that point, I’ll leave you with this short scene from the movie, The Mist.