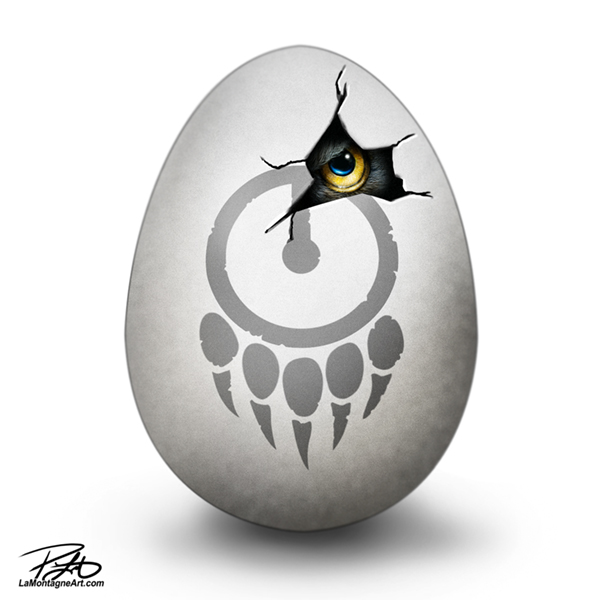 I started a new painting yesterday morning. About an hour or two in, I found myself wondering at what point I should share a work-in-progress screen shot on Instagram or maybe record another video or two of a close-up of the brushstrokes. Suddenly I wasn’t focused on the painting, I was thinking about promoting it.

In our online content-obsessed world, there’s a ton of pressure on self-employed artists to always be sharing images, works-in-progress, blogs, memes, photos, thoughts and snapshots of life in general. A lot of that pressure is self-inflicted. For most of us, there’s nobody standing at our back, cracking a whip.

Working artists are not only driven by the need to earn financial compensation for our creations, but to also get the likes and shares, new subscribers, and to expand our reach and audience. It’s an endless quest for that validation high, convincing ourselves that just a few more followers will get us closer to the carrot on the stick.

Like any addiction, it’s never enough. The dopamine hit that did the job yesterday doesn’t quite do it today.

Promotion and advertising is part of any business, there’s no escaping it. While it would be nice if there were any truth to that famous whispered line in Field of Dreams, it’s a fantasy to believe that “if you build it, they will come.”

Yes, I know the line was actually “he” will come, but I’m paraphrasing.

If you’re in it for a living, it’s not enough to create something; you have to sell it. It becomes a hamster wheel and it’s easy to lose perspective. It feels irresponsible to ease off on the gas pedal, that any momentum earned will immediately be lost. But it’s an unsustainable pace, and every machine needs maintenance.

I’m taking a summer break from the promotion.

I’ll still be drawing daily editorial cartoons, filling print and calendar orders, answering emails, shipping and delivering the masks when they arrive, basically running my business as usual, but I’m trying something new.

For the next little while, likely a month or six weeks, I’m taking a break from the blog, newsletter, and Instagram to focus on painting and writing. I need to get better at time management, and something has to give, at least in the short term.

I want to work on a piece, without having to think about how to share it, either while it’s in progress or when it’s completed. I want to finish a painting and not have to immediately write about it, size it for the site and Instagram, copy and paste the gaggle of hashtags, then check to see how many people like and comment on it over the course of that day.

It often feels like shouting in a crowded stadium, desperate to be heard above the noise.

After sharing this post (ah, the irony), I’m temporarily deleting the Instagram app from my phone and iPad. It would be too easy to tap that icon and fall back into the habit.

It’s a scary proposition, filled with what-ifs. I might lose subscribers, followers, sales, interest, but I don’t think that’s realistic. I’m simply taking a vacation from sharing everything, carving out time to regroup, to consider where I want to go with my work.

When I come back, I expect I’ll have a few new paintings, wildlife photos and stories to share. But who knows? As we’ve all learned the hard way this year, nothing is certain. Just as artists discover their own style,  freelance long enough and you’ll discover your business style, too.  As the online world changes, faster today than ever before, so will your way of doing things.  For example, when I began to post editorial cartoons on this site, I disabled comments because I knew it would turn into a melee of differing political opinions.  While I agree with a person’s right to express themselves and argue their point, anybody who strongly disagrees with my point of view can send me an email or write a letter to the editor of one of the publications across Canada in which my cartoons appear.  But all one has to do is look at almost any political story on a news website and you’ll see how quickly it gets turned into a free-for-all brawl.  Pro-Conservatives will seize any opportunity to further their cause, regardless of whether or not the story warrants it.  Pro-Liberals do the same thing.  Any real discussion is lost amid the noise.  To avoid that, comments have never been allowed on editorial cartoons on this site.

An argument has been made by some in recent years to disable comments on blog posts as well.  While I’d never given it much thought, I’ve read some of those arguments, and recently revisited that question.   When it comes to interaction with artists, freelancers, and the folks who just generally like my cartoons, social media is where the action is, at least for me.  Facebook is where I get the most feedback and where people seem to like to comment the most.  It’s also where I get the most questions about how I do things, requests for help, and just general discussion on cartoons, blog posts, and other links.  I regularly get commission work on that platform as well.

Twitter is another form of interaction that has proven to be worth my while lately.  Not only does it grant access to other people I don’t interact with on Facebook, but I get real time information in short bursts.  It also forces me and others to be succinct in posting any links and comments.  It took me a long time to see the value in Twitter, but I get it, now, and am using it daily.

Google+ is still an effort for me.  I don’t get nearly the interaction there that I get on Facebook or Twitter and have been having a hard time finding the value in the platform.  While some would argue that Google+ is where everybody is going, I’m just not seeing it.  For awhile, it seemed to be taken over by photographers or at least hyped to be the place where photographers should be, but I only post there lately because it takes two more seconds after I’ve posted to Facebook and Twitter.

When it comes to blog posts, there are many who will tell you that you must keep a blog, while there are others who’ll say blogging is dead.  I still believe in keeping a blog, but only because I enjoy writing.  If you don’t like writing or teaching, you won’t enjoy it or keep it current.

The point of all of this rambling about my online posting practices is to show that what works for one person may not work for another.  Many self proclaimed authorities will tell you the exact methods and devices you must use when it comes to self promotion, but usually they’re just validating their own choices.  It’s the same reason the Apple vs. PC, Nikon vs. Canon, Coke vs. Pepsi debates still rage on.  If you can get other people to do what you do, then it somehow means you’re right.

The reason so many more people are choosing freelancing as a career is that they want the freedom to make their own choices.  It’s a very big reason why I chose to do it.  I would much rather screw up and learn from my own mistakes, than take orders from a boss who refuses to admit he ever makes any.  With that freedom of choice, it’s important to listen to other professionals and find out what your options are, but then make your own choices based on what you feel is right for your business.  Weigh the facts, but trust your gut.  We’re all just winging it, even the so-called experts.

When it comes to my website, I think of it like a storefront or a brochure.  It’s the image of my business that I want to project.  That means controlling the content, the look, and what gets posted.

I don’t get  a lot of comments on this site in the first place, largely because most people choose to interact with me on social media, and to be honest, that’s the way I prefer it.  While many of the comments I do get are positive and supportive, I regularly have to weed out the ones that are argumentative, ill-informed, and some that are so long, they’re blog entries all on their own.  It’s a time suck, and lately, it’s just not working for me.  By censoring comments, as well as picking and choosing which I want to show, it would be hard to argue that it’s real interaction, anyway.  Consequently, if I allowed anybody to post whatever they want, it would quickly begin to look like a business where the front window is covered in leaflets, announcements, and propaganda for other businesses, agendas, and personal causes.  I find neither of those options particularly appealing.  The main reason I chose not to sell ad space on my site was to avoid that problem.

Freelancing is a tough gig most of the time, but if you try to please everybody, you’ll be miserable.  Make your own choices, judge their effectiveness, make new choices.  Keep what works, discard what doesn’t.  Repeat ad infinitum.

Today, I’ve decided that even though blog comments used to be mainstays in online interaction, I believe that social media has replaced their usefulness, so I’m disabling them on my website.

Thank you for those who have commented on this site in the past, and just because I’m turning comments off here, doesn’t mean I don’t want to hear from you.  I’m on social media every day and am happy to talk with you there.  Chances are you found this link on social media in the first place.  But if not, here are the links to my social media accounts.