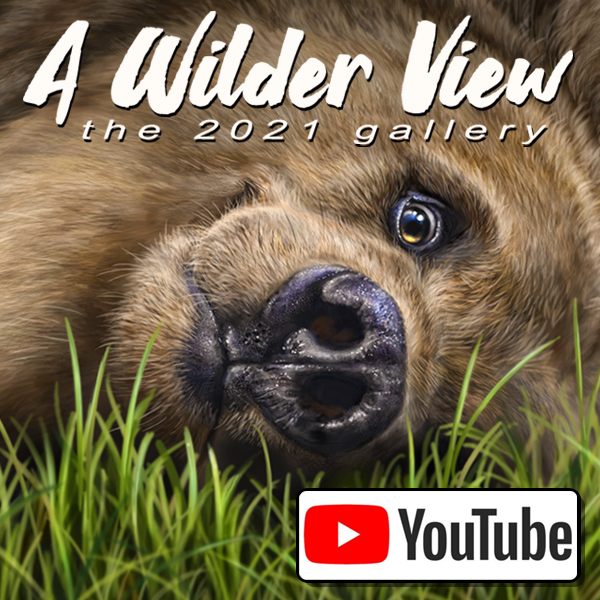 Last year, I created a video of the paintings I created in 2020. I enjoyed sourcing the music, creating pan and zoom features for the images, editing and putting it together. So I spent some of the day on Christmas Eve putting together another one for this year and had fun with it.

Watch it on full screen and turn up the volume for full effect. And if you like it, feel free to share it.

My personal favourite paintings from this past year are Grizzly on Grass, John Dutton and the Sea Turtle. I have been reminded often in my career that the ones I like best, however, aren’t always the most popular with subscribers and customers. But that’s art for ya.

As this will be the last post of the year, please accept my sincere thanks for continuing to follow, support and share my work. I’m incapable of expressing how much I appreciate it.

Very few people get to make a living from their art, and I’m well aware that it can go away instantly. Many of you have been hanging around this virtual studio for many years, and I’m grateful for your company. You frequently respond to my Wilder View emails with such encouragement and compliments, and when I’ve gone through dark times, you’ve often sent messages of overwhelming empathy and compassion.

To all of you who display my whimsical wildlife on your home and office walls, fridges, filing cabinets, coffee tables, put it on your phones, laptops, and vehicles, wear it on your bodies and faces, have bought it for yourselves, your friends and family, or commissioned me to paint your pets, Thank You hardly seems adequate.

These past two years have been difficult for everyone, and we’ve all responded to it differently. I’m going to keep this positive, so I won’t go down that rabbit hole. But I’ve heard and read quite often that this pandemic experience has spurred a lot of people to make overdue changes in their lives.

Some are leaving jobs where they’re unappreciated. Others have reached the limit of what they’ll endure from toxic relationships. Many are realizing that life is too valuable to spend on unimportant crap. I’ll be trying to find the courage to walk more of that talk in 2022, and I hope you do, too.

This ain’t over yet, but fingers crossed it will be soon. Until then, when you have the choice between joining the mob in rage and conflict, or extending a hand of support and kindness, please choose the latter.

Here’s to a better year ahead for all of us. 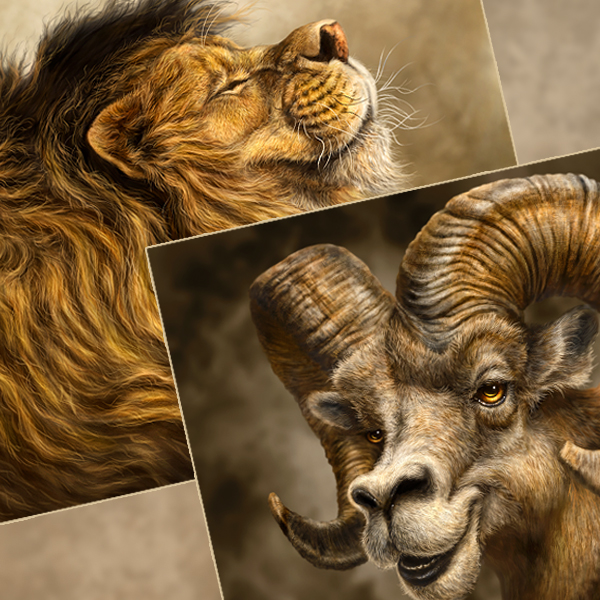 It’s always a thrill when the first prints of a new painting arrive on my doorstep, even better when it’s more than one. So it’s my great pleasure to announce the first printing of The Brazen Bighorn and The Smiling Lion, now available as 11″X14″ poster prints in the store. 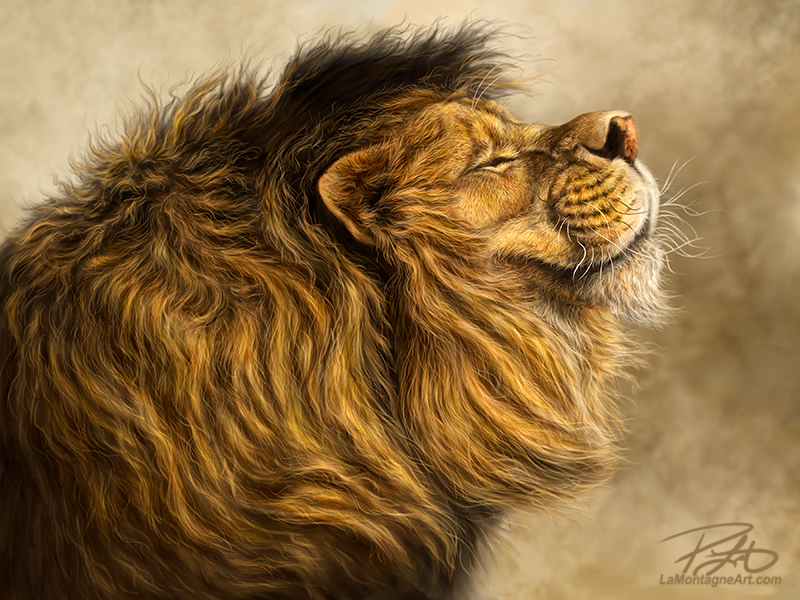 The Toronto and Calgary Zoos placed two large print orders recently, eating up a good chunk of my inventory. I am most definitely not complaining, quite the opposite. The Toronto order has already arrived, and I’ll be delivering the Calgary order first thing this week, which gives me a welcome excuse to take some fresh reference photos.

Between the zoo orders and those who took advantage of the free calendar with every order of two prints, I had to label a handful of prints as TEMPORARILY SOLD OUT for the past week. But with quick production and delivery from Art Ink Print in Victoria, I’m pleased to say that the Snow Leopard, Kodiak Cub, Otter, Sire, and Smiling Tiger prints are back in stock. 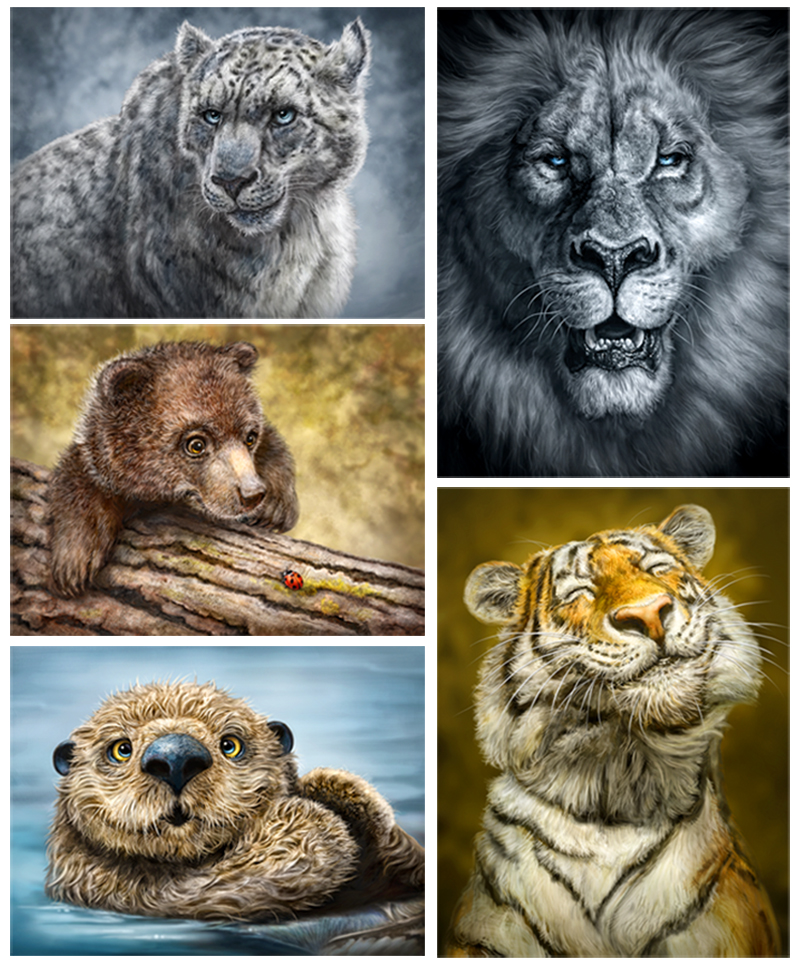 I’ve enjoyed creating each of my paintings over the past 12 years, but I’m always painting new ones. My very first whimsical wildlife piece, the Grizzly I painted in 2009, is still a fan favourite. Unfortunately, while some prints remain popular for many years, others don’t perform as well as I’d like in the online store. So from time to time, I need to make room for my new work to have a chance to shine.

These retired images only apply to the prints in my store. Some of these, and other retirees are still popular in zoos and Discovery Wildlife Park, and they can order them when they like. And my entire catalogue remains available to my licensees for their products.

As a result of the zoo orders coming at the same time as my recent ‘buy two prints and get a free calendar’ promotion, a couple of people were unable to get the prints they wanted. So I was happy to extend the promotion to them until items were back in stock.

But, let’s extend that for everybody. If you buy two or more prints in the online store by 4:00 (MST) on Tuesday, August 3rd, I will include a free Wild Animals 2022 calendar with your order.

Any questions, ask me in the comments or send me an email. 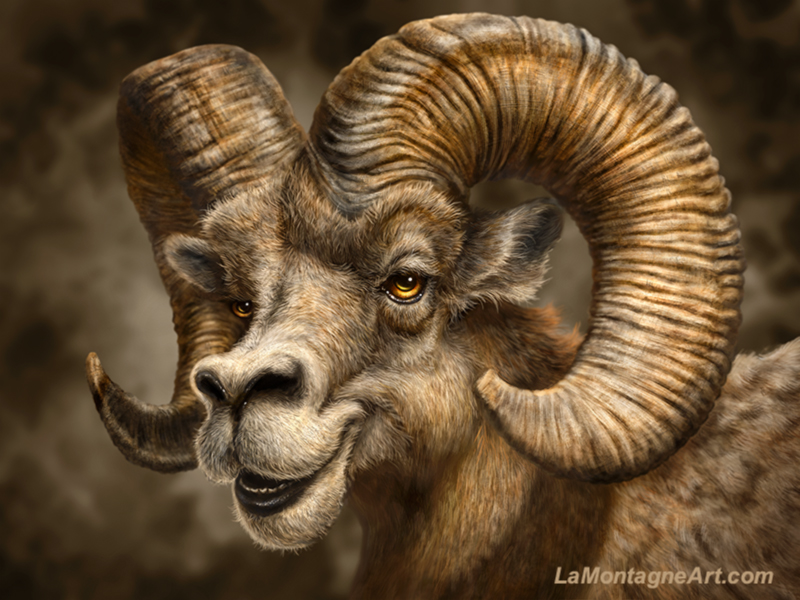 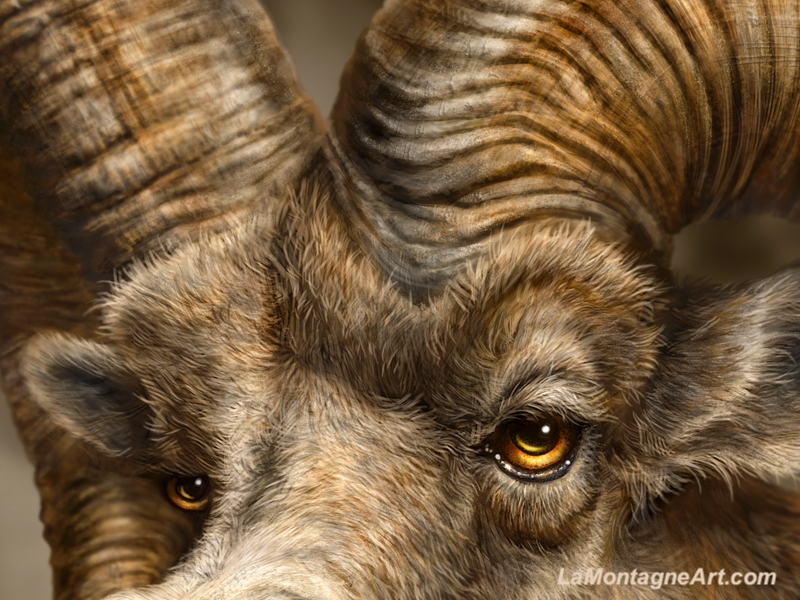