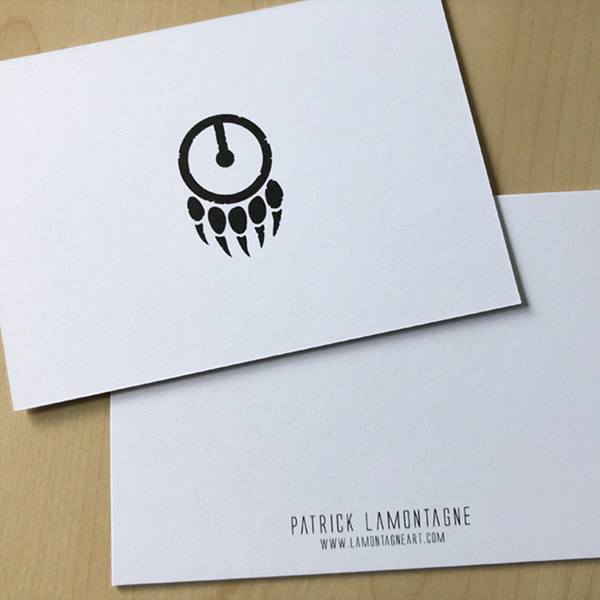 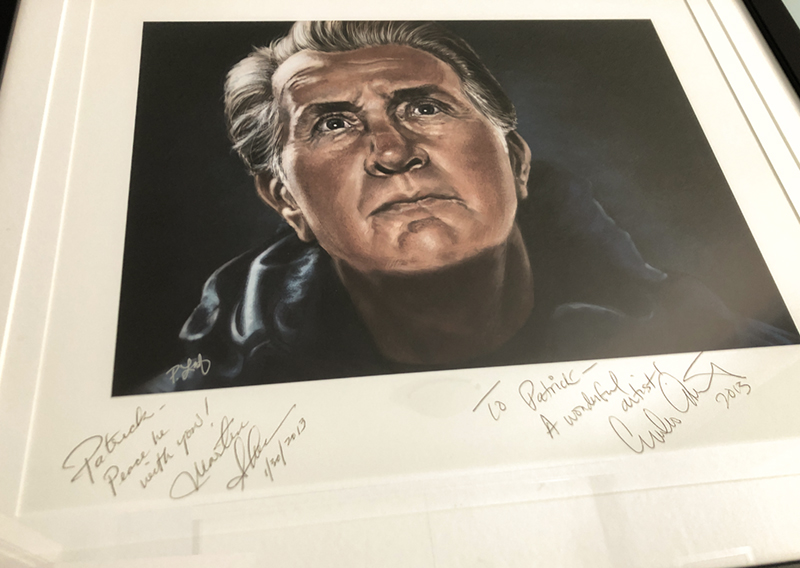 One of the more interesting highlights of my art career happened in 2013 when Emilio Estevez wanted to buy the original painting I did of his father, Martin Sheen. I’ve told this story more than once, but if it’s new to you, here’s the link.

While it did generate some media publicity for me, and was personally exciting, it did little for my career. Painting portraits of people is something I do for my own enjoyment and with the exception of one commission I did for Canadian Geographic and the occasional editorial cartoon portrait (usually when somebody dies), I’m not hired for this sort of work and that suits me fine. The editorial cartoons and funny looking animals keep me plenty busy.

I do enjoy telling the story about that experience when it comes up, especially about how genuine and kind both actors were in our communication. Not only did they sign a print for me that hangs in my office, they gave me a signed copy of the book they co-wrote as well, as I’d mentioned in our correspondence that I’d given my copy to my father. 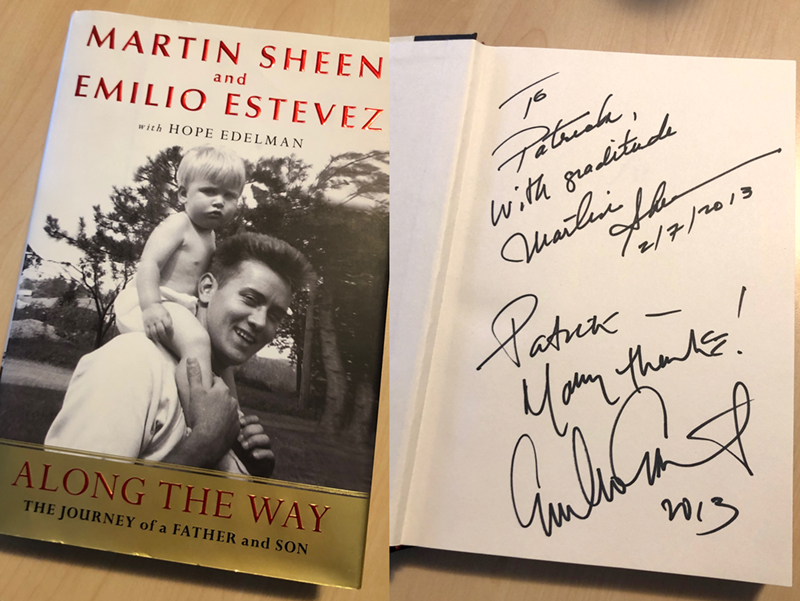 Incidentally, if you haven’t seen the movie The Way, which inspired my painting, it’s one of my favorites. Few films have moved me the way that one still does.

A short time ago, I came across a note card that Estevez included when he returned the signed prints. Or it came with the book, I don’t remember. It was an unnecessary nicety that might not seem like much, but it struck me as a classy gesture. 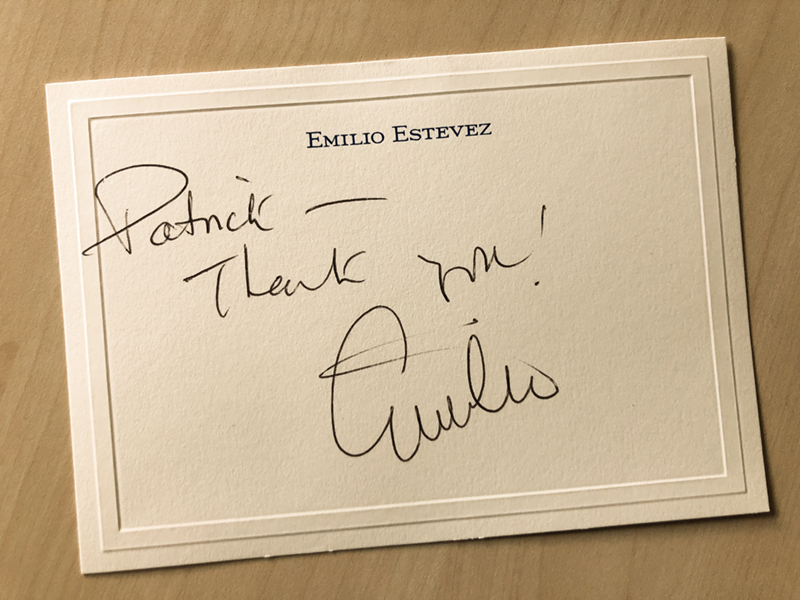 I remember thinking at the time that I should get little note cards like this. It added more value to the experience, and I thought it might be nice to pass the same feeling on to my clients. Obviously it’s something on which I failed to follow through.

Whenever I send a print out to someone who has purchased from my online store, I usually include a little note on the invoice or on a post-it, just a little thank you in my own handwriting, which is atrocious, by the way.

But on the invoice or post-it, it always feels a little cheap to me. It’s a personal note, sure, but it’s still the bare minimum.

This year, my painted work is being seen in more places than ever before. Thanks to my licenses with Pacific Music and Art, Harlequin Nature Graphics and Art Licensing International, it’s very easy to buy my work online. You can now order a canvas print of my funny looking animals from Wal-Mart, Amazon and other sites in the U.S. through one of my licenses.

But when people order from MY store, they’re getting it from me. I hand-sign the print, I package it, I put the art bio in the sleeve and I’m the one who personally takes it to the post office to ship it. Sure, I’ve included an extra art card or another small goodie when I can, but every once in a while, I’ve thought about that note card from Emilio Estevez. 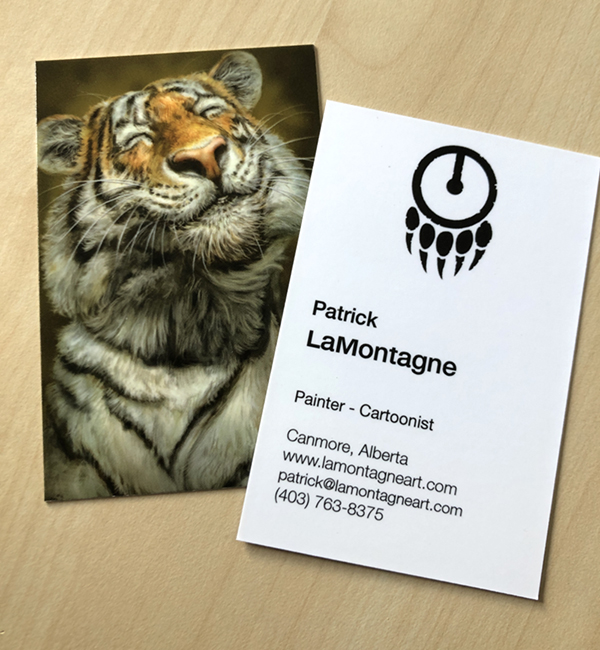 A couple of weeks ago, I designed and ordered new business cards to reflect the changeover from Cartoon Ink to LaMontagne Art. Those arrived yesterday, along with my new note cards. It’s just a small thing and it adds to the print cost on my end, but I think it’s worth it. 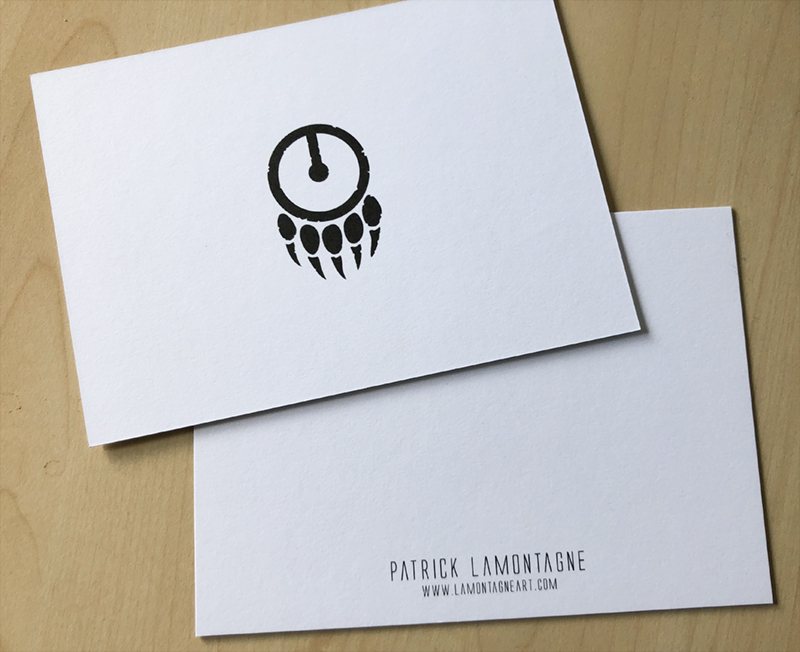 At a time when you can order anything and everything online from an impersonal shopping cart, every so often I like to remind my customers that their purchase is appreciated, that it was bought from a real person. We all work hard for our money, so when somebody thinks one of my prints is worth parting with some of theirs, that’s pretty cool.

It deserves better than a post-it note.

I can’t do anything about the bad handwriting. My final commission of the year was completed this past week, a challenging piece.

Featuring three Papillon dogs, each with distinctive colouring, personalities and subtle size differences, keeping them straight was almost an exercise in futility. From the top, moving clockwise, they are Desperado, Ringo and Mick.

For some reason, I kept mixing up the personality traits and subtleties of Desperado and Mick. Apparently Mick is less vocal, but I’d originally drawn him with his mouth open, which didn’t fit. Desperado is the mouthy one. Mick tilts his head left, but I drew Desperado doing that, which I ended up keeping after all. Then, after I made the changes in the sketch and got approval, I went back and started painting on the original sketch, which meant I had to correct it again. Chalk it up to a silly mistake from not paying close enough attention. While the client gave me dozens of photos to work from, almost all of the eyes in the usable pics were washed out by flash reflection or were small pics with low resolution and poor lighting. It happens and I do my best to work with what I’ve got. For the details, however, I did buy half a dozen stock photos of other Papillons. The colours were all wrong, but it helped me see fur direction, layering, poses and to fill in the missing anatomy I needed, but didn’t have in the supplied reference.

All well in the end and the client told me I managed to get each personality right with each dog. The painting has gone to print and I should be able to pick it up and ship it by week’s end. Thankfully, this one is right here in Alberta, so there shouldn’t be any issues with shipping at one of the busiest times of the year for parcels.

It occurred to me this week that I’ve been breaking an important rule of mine recently. I’ve said in the past, and have advised other artists, that proofing is essential every time I have a painting printed. A proof is a test print.

Kelly at Chroma Surge has been printing my canvas and matted prints for the past five years. During that time, there have been growing pains. Prints came out too dark or too light, colours too bright or not bright enough, whites and blacks sometimes washed out and muddy, different papers and materials producing different results.

Kelly’s printers and machines are colour calibrated, as is my own display, but with different profiles and myriad little adjustments here and there, a bunch of little deviations can make for large problems, and it wasn’t anybody’s fault. This is why proofing has been essential, especially in the beginning. For my poster prints, I use Maranda Reprographics and Printing in Calgary, and the same thing happened when I first went with them. The adjustments I make for Kelly’s prints are different than those I make for Maranda’s prints.

In recent years, Kelly and I have come to that Goldilocks zone for printing my work. When I send a painting to print, I know which adjustments I have to make ahead of time and I save them in the Photoshop file, a layer that tells me what I did, and that becomes the Master File. A dog with a lot of black fur (which is really not black), needs to be lighter than a dog with light fur, because I know the detail in those blacks is going to be gone if I don’t compensate.

Whites can’t be fully white and blacks can’t be fully black because it sucks the life right out of a painting. Pinks, reds, blues and greens have to be selectively desaturated in the print file, which means making them less colorful. I’ve seen skin tones print very red on portraits, a dog’s tongue so pink that it overpowers an entire painting, or a green background dominate the animal in front of it, simply because the adjustments weren’t made or were done incorrectly on my end. A canvas print will often appear more saturated, especially after it has been spray coated, so I have to compensate for that as well.

All of these things I’ve learned by proofing, which is usually just doing a preliminary small print on canvas and taking a good hard look at the colours to make sure the shift isn’t significant. When it all works, images on canvas just POP! I’m never as happy with a painting as when I see it on canvas.

Now, I could get really meticulous about the proofing, pull out a loupe and check for every little variation, but what I’ve also learned over the years is that tiny little colour shifts from my screen to canvas, matted print, or poster print are acceptable up to a point. I attended a class at Photoshop World last year, taught by my friend Alan Hess. He was talking about how to reduce noise in a low-light image and how to compensate for it with camera settings in night photography. But he also cautioned that the only people who really care about noise in an image are other photographers.

That lesson applies to my work as well. The only person who really cares if the fur colour in the print exactly matches the fur colour on the screen is me, or possibly another artist. Most people don’t see it, or don’t care. A screen is also backlit, which means every image will always be brighter on a screen as opposed to a print. So it’s all just finding a balance that’s good enough.

Incidentally, the term ‘good enough’ is like fingernails on a chalkboard to me. Like most creative types, I’m a perfectionist. Thankfully middle-age has taught me to let that go a lot more than I used to. Perfection is unattainable and as the mantra goes, “Done is better than perfect.”

As a result, I have let go of that rule of proofing everything for the very good reason that I now have plenty of experience with the known variables. I know my printer and he knows my work. If there’s a problem, he’ll let me know. Kelly did a test print of my last two commissions, but I never saw them in person. He just told me that he knows what I want and how I like my paintings and that he thought they looked good.

I weighed my options. I could take a few hours out of my day to drive to Airdrie to see the proofs and then tell him to go ahead with the print, or I could just gamble on our past history and the fact that I can’t remember the last time I’ve had to reproof something with him. So I told him to go ahead and when I picked them up this week, the prints were fantastic.

For this commission of the three dogs, I decided to continue the streak and let it ride. I sent Kelly the image Friday morning and got back, “The proof looks great! I’ll run it off here shortly.”

I’ve no doubt that I’ll be happy with finished result.

Technical details. This was painted in Adobe Photoshop CC, using both a Wacom Cintiq 13HD and 24HD displays. Photos were only used as reference. For most of the painting, I kept each dog on it’s own layer, to help with painting the hair.