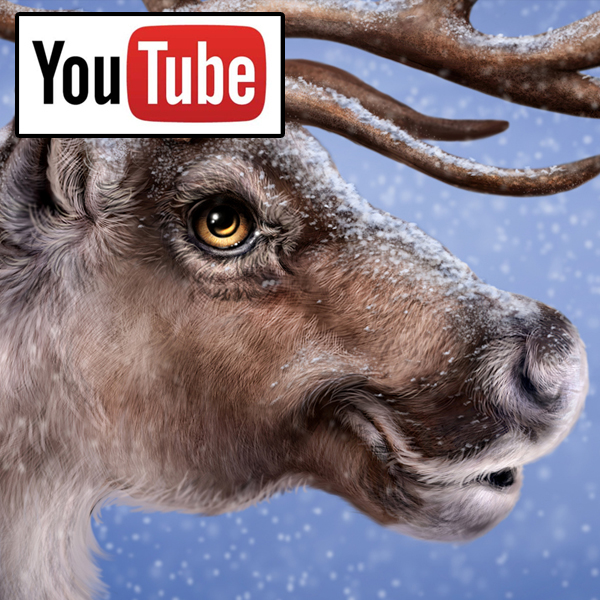 Yes, it’s a Christmas miracle. Even though I’m a confirmed Grinch, Scrooge and fan of Krampus, I decided to create a painting of a Christmas reindeer, complete with time lapse video and festive music to go along with it. Call it a temporary lapse in Bah Humbug, emphasis on the temporary.