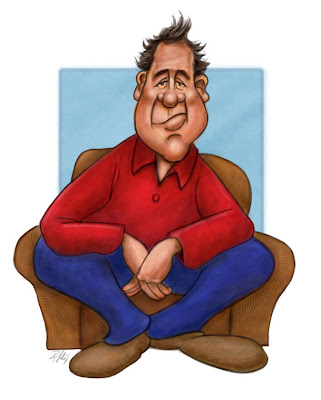 Here’s a finger painting I did with the iPad and the Sketchbook Pro app. This took about three weeks, but I didn’t spend many hours on it or anything. I was just painting 10 minutes here and there whenever I had a spare moment, while having coffee or watching TV. It was simply an exercise to get more familiar with the device and the software.

In previous posts, I mentioned the Dagi Stylus and how it left a few tiny (almost imperceptible, but not) scratches on the screen, so I stopped using that right away. I tried to apply a couple of screen protectors to the iPad, but neither of them worked the way I wanted them to, so I ditched those as well. I have an Apple case for my iPad, and since ditching the stylus, there have been no new scratches, so I don’t think a screen protector is required. While I had originally felt that I needed a stylus to get any real use out of the iPad as a sketching tool, I have since changed my mind. 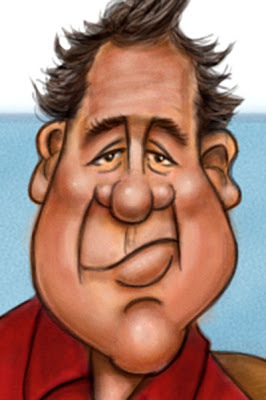 Sketchbook Pro is a solid program. It supports layers, opacity (both brush and layers), has a small selection of layer blend modes, allows zooming in to work on detail, and is fun to draw with. It doesn’t support pressure sensitivity, but I don’t see that as a failing. It makes excellent use of what the hardware has to offer.

The problem with sketching with the iPad is not in the device, but in the people who use it. So many artists out there are expecting it to be a Wacom tablet, and that’s unrealistic. It just doesn’t have the processing power to do what a Cintiq does. The iPad is not a Wacom tablet, and it was never designed to be. To get the portability, battery life, and performance that the iPad currently offers, other features had to be sacrificed. I did not buy the iPad to replace my laptop. It fills a need somewhere between a desktop and a laptop, and I’m getting a LOT of use out of it. 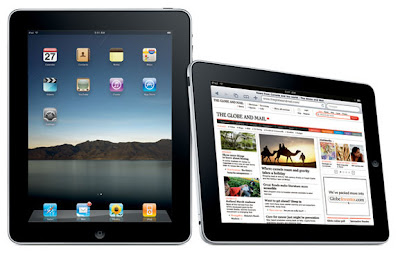 I choose to view art with the iPad as simply another medium. Finger Painting is something I could easily get used to, because it’s nice to zone out, work on a sketch or painting and just enjoy the process. I will never achieve the level of detail on an iPad that I can get from painting in Photoshop with a Wacom tablet. I’m perfectly OK with that. It’s a sketching tool, and that’s all I expected from it when I bought it.

All that being said, being able to plug my small Intuos4 tablet into my iPad would be very cool. Less fingerprints. 🙂

I’ve done this sort of thing before, but for those who haven’t seen it, and because people have asked, I thought I’d post the different steps I take while creating the artwork for a cartoon, editorial or otherwise. 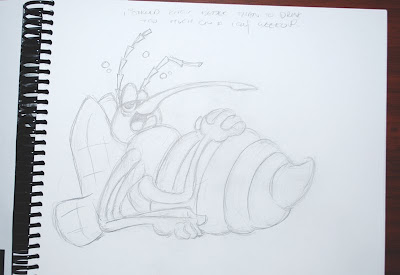 The Sketch: I still like to sketch on paper even though I’m very comfortable with digital drawing and painting. I just like the feel of sketching on paper. I then take a digital photo with my SLR camera. I used to scan the sketch, but frankly, my scanner has become temperamental in its old age and I find that it takes a fraction of the time to take a photo, put the camera card in my card reader and drop and drag it into Photoshop. Less than 30 seconds. Ink: This part is completely digital. I put the sketch on one layer, drop the opacity, and then trace over the pencil on an ‘ink’ layer in Photoshop. I set that layer’s blend mode to Multiply and delete the sketch layer. 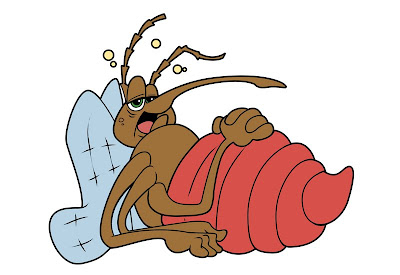 Flat Colour: Below the Ink layer, I create different layers for the different major areas and colours. For example, there would likely have been about 5 colour layers for this one. I then create a merged colour layer from all of them to paint on, but leave the separate colour layers below to use for selections. For example, I can Ctrl-Click on the Wings layer, and I’ll only be able to paint on the wings, even on the merged layer. Keeps things nice and clean and easy to work with. 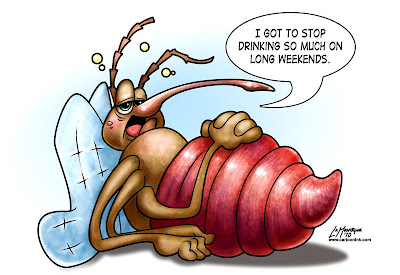 Texture, Light and Shadow: This is where the painting comes in. By using different brushes, I add in detail. I then add the text and talk bubble on a separate layer, and often a simple background just for more depth and contrast.

There are many other little technical details involved in the process, but this is basically how every editorial cartoon is done.